The move came after Hyundai Motor Group denied rumors that it might seek a takeover bid to save the faltering shipper via its logistics arm Hyundai Glovis.

HMM is a key affiliate of Hyundai Group and so has been categorized as a member of the pan-Hyundai empire.

“It is true that the group was invited to a takeover bid for the shipper, but the group has no interest in the deal due to little synergy effect,” a high-ranking official of the automotive group said. 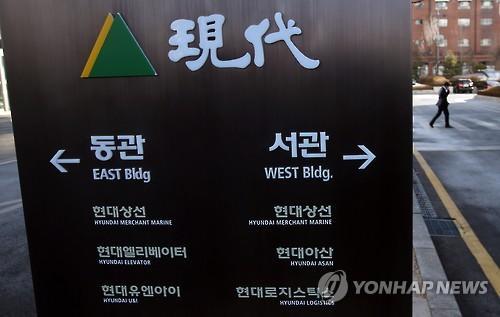 The official made it clear that the Korean automotive group will put its business priority in enhancing competency in its core auto business beyond its “octopus-style” business expansion of the past.

Despite the denial, market watchers said Hyundai Motor Group is still a strong candidate in the incoming takeover bid for HMM, given that Hyundai Glovis, a shipper of cars, could transform into a major shipper when the container shipping business of HMM is added after the merger.

Hyun is the wife of the late Hyundai Group chairman Chung Mong-hun, a younger brother of Hyundai Motor Group chief. She left the board of HMM to be responsible for the shipper’s deepening liquidity crunch last week.