The ill-fated son of the late honorary chairman of food and entertainment giant CJ group -- born out of wedlock -- has filed an inheritance suit against the owner family, asking a local court to return part of his father’s fortune.

According to sources in legal circles, the illegitimate son -- of late CJ chairman Lee Maeng-hee and an actress in the `60s -- had requested to retrieve a legal portion of his inheritance worth 200 million won ($167,000) late last year. 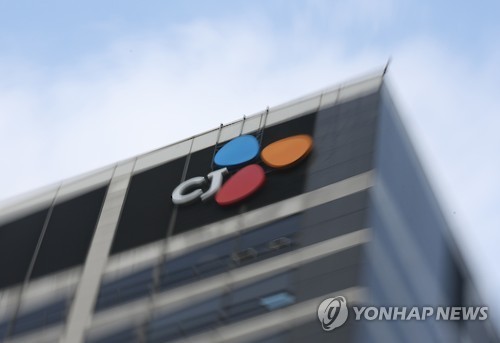 The first trial of the inheritance suit is expected to take place on April 1.

The amount of money, however, could go up to some 200 billion won to 300 billion won during the trial, considering the size of assets -- about 3 trillion won -- held by the owner family, including the incumbent chairman Lee Jay-hyun, they predicted.

CJ has counteracted by saying that Maeng-hee's illegitimate son has no right to this claim, noting that the fortune left by Samsung Group founder Lee Byung-chull -- father of the late CJ chairman -- had been passed on to his daughter-in-law Sohn Bok-nam, not to his son.

“The late honorary chairman Lee Maeng-hee had no assets inherited from his late father. Therefore, there is no reserve (for the plaintiff),” said a CJ official. “This suit is meaningless.”

The plaintiff, however, is reportedly planning to persuade the court that the assets held by the CJ owner family is somehow related to their father’s biological connection with the founder.

The late chairman passed away last August in China after suffering from lung cancer. He was 84.

His death surprised the corporate circle here as Lee, the eldest son of Samsung Group founder was holding only 600 million won in property when he died and left 18 billion won in debts instead.

Earlier in the `60s, Maeng-hee had been named the successor of his father’s empire but lost favor after being involved in chemicals smuggling charges in 1966.

His younger brother Kun-hee took over the Samsung Group in 1987 when the founder died. Since then, Maeng-hee had stayed away from the business and lived apart from his family.

He also did not accept the extramarital child with the actress, until his death. The son filed a paternity suit in 2004, by submitting a DNA test. Two years later, the Supreme Court accepted the request that he is Lee’s biological son.

Despite the court’s acceptance, the two never met. The son decided to file the inheritance suit after CJ reportedly blocked him from attending his father’s funeral.

Meanwhile, the man appears to have inherited his father’s debts while other family members have been discharged from taking responsibility for his father's financial liability.

Legal experts say that the half-brother of the incumbent CJ chairman may not have known about the financial liability.

But the man’s rejection of the chance to free himself from the obligation to repay the debts could be related to the inheritance suit he has filed.

Under the inheritance law, the man, recognized as a biological son of the late chairman, is obliged to pay back 3.1 billion won in debt, if he does not seek the court’s order to dismiss him from the liability.