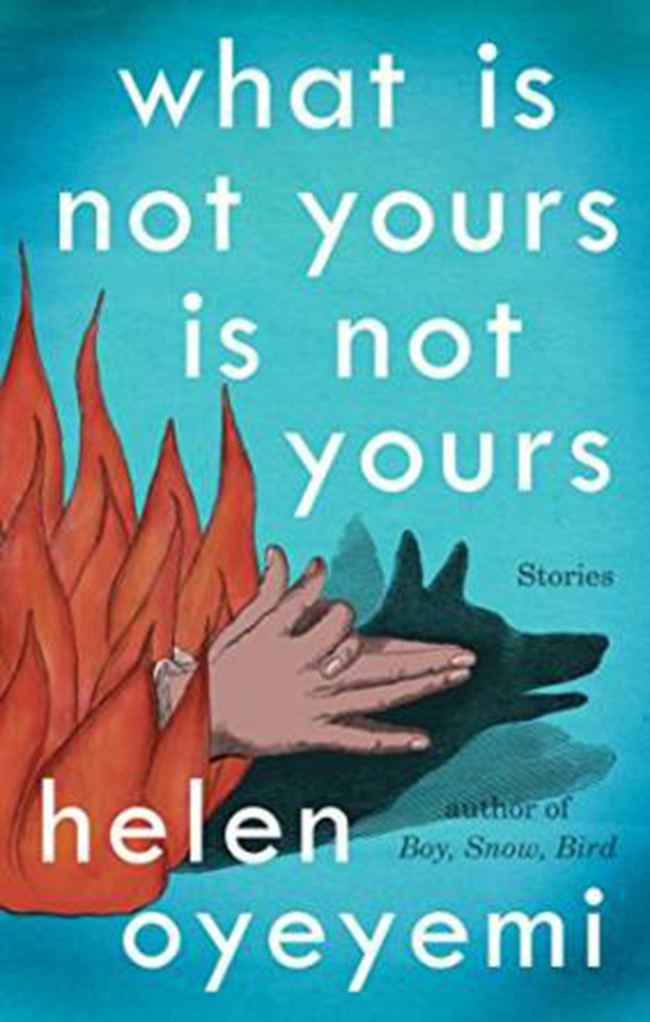 Midway through the third and strongest of the nine stories in Helen Oyeyemi’s breathtakingly bold and original “What Is Not Yours Is Not Yours” -- unlike any short story collection I've read -- one meets a girl reading a book on a plane.

Because the plane is going “through a terrifyingly long tunnel of turbulence,” everyone else is “freaking out.”

Asked if she’d noticed “we might be about to crash,” the unperturbed girl states that she had indeed, “which makes it even more important for me to know how this ends.”

These stories are similarly oblivious about the obvious -- or about structural niceties like plot -- as they pursue an ideal described in another story as “a discourse running oddly and fantastically, from one matter to another.”

Apparent tangents wind up dominating stories -- or seem about to, before being peremptorily dropped.

Characters wander between stories, often for no apparent reason. Most of these stories can't be adequately summarized, any more than I always knew where Oyeyemi was going, or why.

These stories are also filled with the weird.

A hotel one can enter but never leave grants every guest’s whim -- excepting any request for an “iguana skin wallet.”

A goose doubles in size overnight, dons a red cape, and waddles into the forest for a rendezvous with the big, bad wolf. Cities of the dead talk. So do chess pieces.

In many of these stories, keys play a major role in unlocking and opening the doors enabling travel to such realms; keys are described as “always up to something, stitching paths and gateways together.”

This collection's best keys are metaphorical, and the best of those -- appearing most prominently in the framing stories that open and close this collection -- are books themselves.

Like so many objects in these stories, they’re imbued with an aura that makes them seem alive; it's through our relations with such objects that we learn who we ourselves are.

In the first of two glorious descriptions of a library at night, unread books “can’t stand it any longer and announce their contents, some boasting, some sly, some devious.”

Four stories later we get the second of these descriptions, involving the birth of a new world enveloping the college student reading within it: “At night, the stained glass figures in the windows seemed to slumber, and the lamps on each desk gently rolled orange light along the floors until it formed one great globe that bounced along every twist and turn of the staircase to the upper levels.

”When she surveyed the entire scene it seemed to be one that the stained glass figures were dreaming. And she was there too, living what was dreamed."

Books in these stories don't yield their secrets easily, any more than the stories themselves do; in one, the act of translation is described as breaking a "book’s bones."

Similarly, many of Oyeyemi's stories feature characters -- usually women -- intent on preserving a certain distance, even from those they love, as a means of protecting their integrity and originality.

Conversely, many characters -- again usually women -- try to reduce such distance and its secrets, "not to make them known, but to destroy them so that nobody knows they ever existed."

Such reductionists aren’t interested in the playful, mysterious and even dangerous multiplicity in stories like these; they're too intent on interpreting what they read and telling us what it means.

But as this collection’s title makes clear, what's truly different and other doesn’t so readily surrender its strangeness to become yet another example of the same.

The keys in this collection open passages between different worlds, enriching both while allowing each to remain itself.

Reading and being read by these stories, one's discoveries are shadowed by all that remains tantalizingly unknown, within any story daring to be original and stay true to its most rare vision.