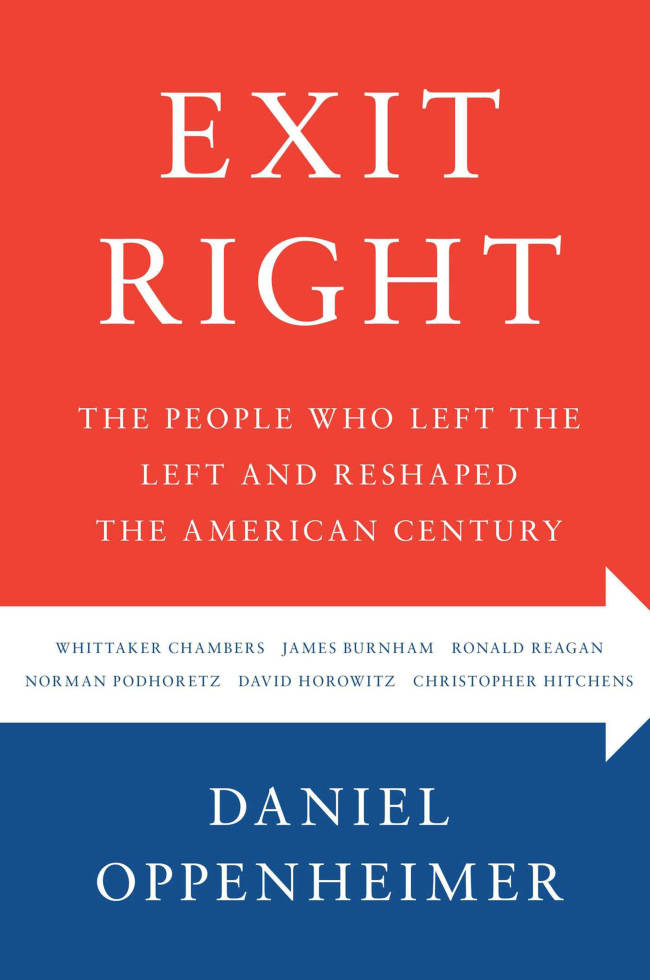 “Exit Right: The People Who Left the Left and Reshaped the American Century”

When Ronald Reagan joined the Hollywood Democratic Committee, it was riven with communists. Four decades later, of course, the Republican president stood in West Berlin and demanded of the communist bloc, “Tear down this wall!”

His is the least intimately told of the six stories of political transformation in Daniel Oppenheimer’s sweeping, beautifully written but not quite laser-focused new book “Exit Right: The People Who Left the Left and Reshaped the American Century.” Reagan's gradual drift across the spectrum also contrasts with the personal and intellectual car wrecks that flipped Whittaker Chambers, James Burnham, Norman Podhoretz, David Horowitz and Christopher Hitchens.

Through their rises and crises, Oppenheimer takes us for a cruise to the century’s breaking points, from the Great Depression to Sept. 11. From the doctrinaire Trotskyites of the 1930s to the “pro-wit radical faction” partisan who closes “Exit Right,” most of Oppenheimer's subjects strained to dislodge what he calls “the organization men, all going about their business of producing the affluent society, a new form of cultural-political-economic existence in which things seemed to be going smashingly well but no one was happy.”

Oppenheimer, who works in communications at the University of Texas at Austin, meets the challenges of portraying complex people in difficult circumstances and illuminating broad currents through narrow lenses. If “Exit Right” is short of fully realized, it also leaves you wanting more. (TNS)