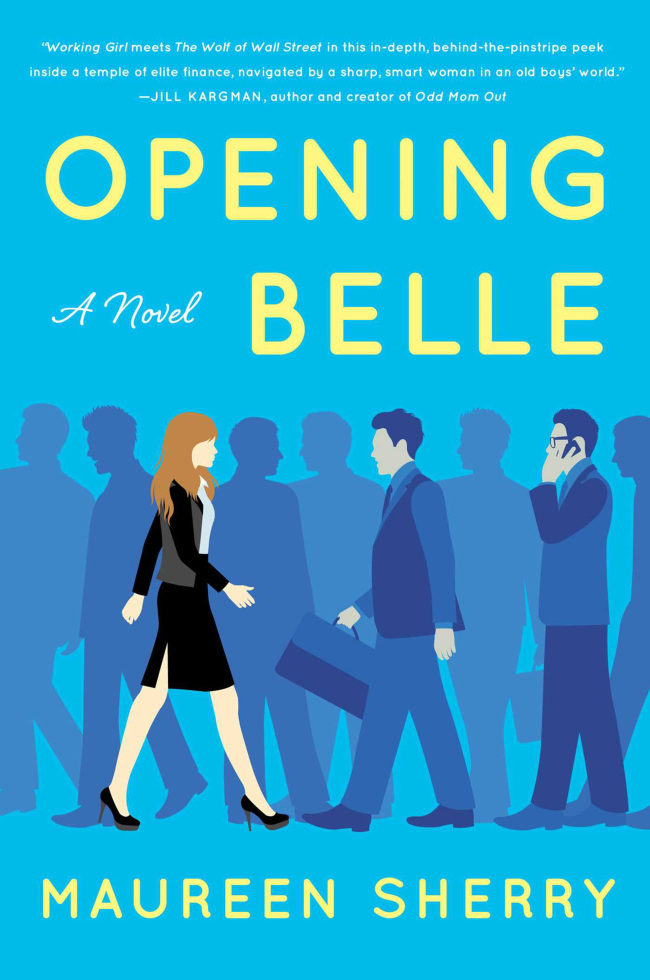 If you’ve seen the film “The Big Short” and noticed that it was all about the men who profited from the financial crisis of 2007-10, you may have wondered where all the Wall Street women were. Sure, there was that Goldman Sachs saleswoman and a couple of others, but most female roles fell into the category of exotic dancer or somebody's wife.

You’ll find the women of Wall Street here, in the diverting “Opening Belle,” which is told from the perspective of women trying to make a living in a sexist environment. Obstacles are constantly placed in their path, distracting them from a housing bubble that's about to burst.

Title character Belle is a managing director of a financial firm ripped from the “Animal House” playbook. Obscene nicknames, childish pranks, lunchtime bordello trips and demeaning sexual harassment are all in a day’s work.

Maureen Sherry's comic novel unspools like a movie, a quality apparently not lost on actress Reese Witherspoon. According to promotional material for the book, the “Legally Blonde” star optioned “Opening Belle” “just days after the manuscript was submitted to Hollywood.” It seems a screenplay is underway. I can just hear Cyndi Lauper’s version of “Money Changes Everything” on the soundtrack.

Belle's world centers around a sprawling apartment on the West Side, an annual bonus of millions of dollars, a husband, three children and a demanding job that often requires long hours. (TNS)