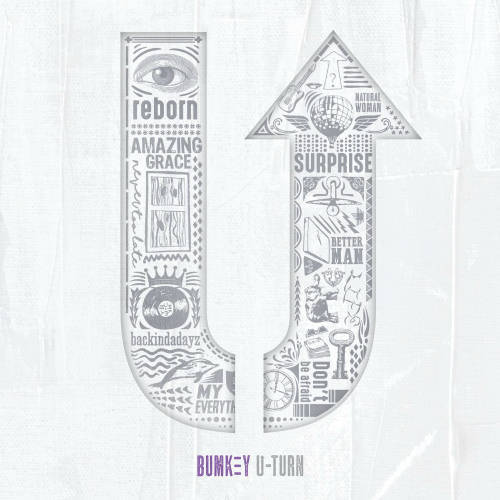 R&B singer Bumkey is one of those artists who can rack up impressive chart rankings and music sales without going through the hamster wheel of radio and TV promotions that are obligatory for most artists to gain some traction.

On “U-Turn,” his first studio-length album coming 11 years after his debut, Bumkey demonstrates why he has been able to survive with his music alone with eight tracks he wrote himself, as well as a new version of the hymn “Amazing Grace.”

The record begins with the retrospective “Reborn,” a song accompanied only by acoustic guitar, on which Bumkey looks back on his journey as a musician, regretting some moments while being thankful for others. Then he launches into the stylish “Better Man” featuring Epik High’s Tablo, followed by the brass band-backed groovy old-school number “Natural Woman.”

Rapper Beenzino joins him for another trendy track called “Surprise,” while Dok2, Microdot, Sanchez, and Bumkey’s wife dh-style come on board for a fast-paced, energetic timeline of their rise from the bottom on “backindadayz.”

What shines even more than Bumkey’s smooth transitions in and out of falsetto, and the ease with which he moves between English and Korean, is his trademark romantic lyrics, which are classic without being overdone. Bumkey’s earned his chops, and he’s flaunting it on “U-Turn.”