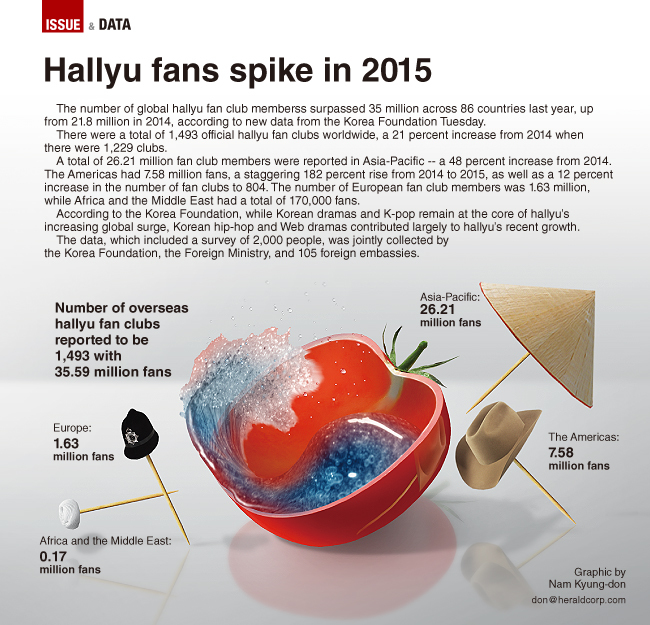 The number of global hallyu fan club members surpassed 35 million across 86 countries last year, up from 21.8 million in 2014, according to new data from the Korea Foundation Tuesday.

The number of European fan club members was 1.63 million, while Africa and the Middle East had a total of 170,000 fans.

According to the Korea Foundation, while Korean dramas and K-pop remain at the core of hallyu’s increasing global surge, Korean hip-hop and Web dramas contributed largely to hallyu’s recent growth.

The data, which included a survey of 2,000 people, was jointly collected by the Korea Foundation, the Foreign Ministry, and 105 foreign embassies.