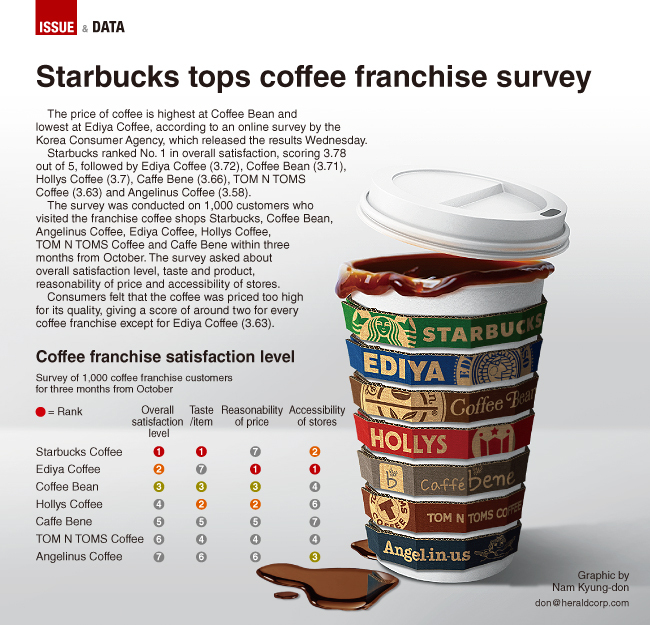 The price of coffee is highest at Coffee Bean and lowest at Ediya Coffee, according to an online survey by the Korea Consumer Agency, which released the results Wednesday.

Consumers felt that the coffee was priced too high for its quality, giving a score of around two for every coffee franchise except for Ediya Coffee (3.63).