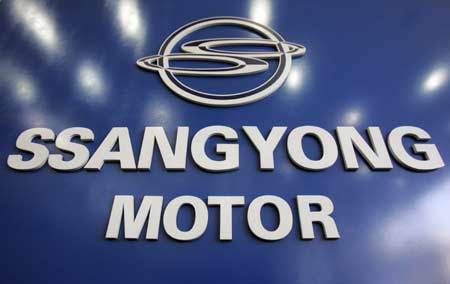 Ssangyong Motor’s management and labor union have reached a tentative agreement to rehire a group of dismissed workers, a move widely seen here as a major breakthrough to end their six-year labor dispute.

The agreement was made during tripartite talks among Ssangyong CEO Choi Johng-sik, union leader Hong Bong-seok and Kim Deuk-jung, a representative from the Korea Metal Workers’ Union. Kim has led the Ssangyong Motor branch under the KMWU.

Most of all, the three parties tentatively agreed to gradually rehire 187 dismissed workers in 2009 by the first half of 2017, a local business daily reported. Those workers have sought their reinstatement for the past six years ― taking to the streets and filing a series of lawsuits against the company.

Other issues agreed upon included withdrawal of compensation suits against KMWU union members, creation of a fund to support laid-off employees and their family and rehiring six sacked workers dispatched from vendor firms in January in 2016.

The company declined to confirm the details of the agreement, only saying a few steps, including approval from the corporate board, are still necessary to turn the agreement to reality.

“Despite lingering uncertainties, our hopes of a turning point in the firm’s management-labor relations are higher than ever,” a company insider said on condition of anonymity.

Market analysts have been expecting an improvement in the firm’s relations with sacked workers as sales of Tivoli ― the first model that Ssangyong Motor jointly developed with its parent firm Mahindra & Mahindra ― have been strong for 11 months in a row this year.

Back in January when Ssang­yong debuted the compact sport utility vehicle, Anand Mahindra, chairman of India’s Mahindra Group ― which took over the Korean automaker in 2011 ― promised to consider rehiring workers who were sacked in 2009 whenever the company turns profitable. But he didn’t set a specific date for the action.

In his congratulatory remark, he moved the audience by expressing his sympathy for those who had lost their jobs and their family members.

The chairman’s promise is likely to be fulfilled as the automaker’s sales in November surged 21.5 percent to 12,415 units from a year earlier, the highest year-on-year growth, largely resulting from the robust sales of the Tivoli.

The company’s cumulative sales from January to November 2015, recorded a 1.2 percent rise compared to the same period last year and stock analysts expect the company to be in the black this year.

“We hope to see a breakthrough in the labor issue so the company can seek to move forward with a better corporate image,” the corporate insider said.