[Weekender] Making use of garbage

Bombarded with increasing amounts of trash, Seoul has striven to cut down on garbage with various recycling-oriented measures since the concept was first introduced here in 1992. 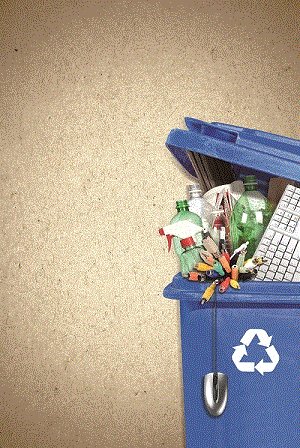 Under tough green initiatives, the government has pushed for a systematic waste sorting system to boost recycling. Once individuals separate the garbage by type -- ranging from paper, plastic and glass to batteries – the recyclable waste is either reborn as raw materials or turned into other resources.

To encourage the sorting of waste, the government has run a volume-rate disposable system that adopted the “pay as you go” system for disposing both general garbage and food waste.

The Environment Ministry has particularly paid attention to urging industries to shoulder their share of the responsibility by allocating certain recycling quotas to each field.

As a result, Seoul has seen a sharp fall in garbage in the last two decades as the household trash per day dropped by 10,000 tons to around 49,000 tons in 2013 compared to 1994, with the majority of it being recycled in some way.

To further boost the resource recycling in an aim to become a zero-waste country, Korea is now turning its eyes to the global trend of “upcycling” -- transforming by-products and waste materials into new products.

The upcycling trend has been on the rise in recent years in developed countries such as the U.S. and Germany, especially in the fashion sector.

The Korean government joined the upcycling move by changing the main principle of its waste policy from recycling to upcycling in its long-term environment plan released in 2011. The new plan was mapped out based on the idea that waste is a useful resource that can be entirely “circulated.”

Municipal offices have also been active in supporting the upcycling industry with diverse measures such as by making it easier to collect resources.

The upcycling boom can be spotted in the private sector as conglomerates and start-ups consider it a promising business.

Over 60 small social enterprises and start-ups are currently jumping on the upcycling bandwagon, although many still face business challenges due to the low public awareness and the incipient stage of support from the government.

The waste is not only a chance for companies to make profits in a green way, but also provide a breakthrough opportunity for artists.

Although the upcycled art is not yet considered an official genre, it is increasingly making inroads into the traditional art industry and thereby contributing to improving public awareness.