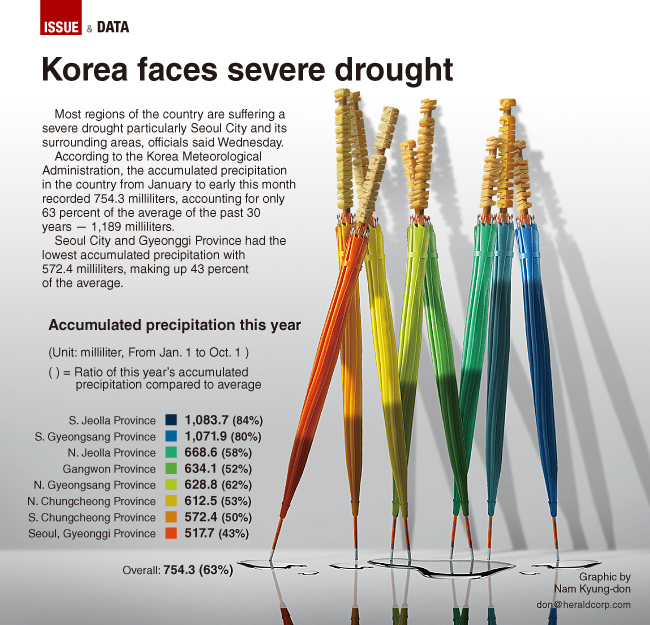 Most regions of the country are suffering a severe drought particularly Seoul City and its surrounding areas, officials said Wednesday.

According to the Korea Meteorological Administration, the accumulated precipitation in the country from January to early this month recorded 754.3 milliliters, accounting for only 63 percent of the average of the past 30 years -- 1,189 milliliters.

Seoul City and Gyeonggi Province had the lowest accumulated precipitation with 572.4 milliliters, making up 43 percent of the average.

The public weather agency suspected that worsening El Nino -- prolonged warming in the Pacific Ocean surface temperature -- contributed to the drought. Once El Nino gets serious, it weakens the North Pacific High, which controls the rainfall on the Korean Peninsula, especially, in the summer monsoon season.

While the summer showers usually make up 70 percent of the total rainfall of the year in Korea, the rain this summer recorded less than half of the average, officials said.

Korea Meteorological Administration forecast that the winter rainfall will be around the average but it doubted whether that would help ease the drought, the authorities said.