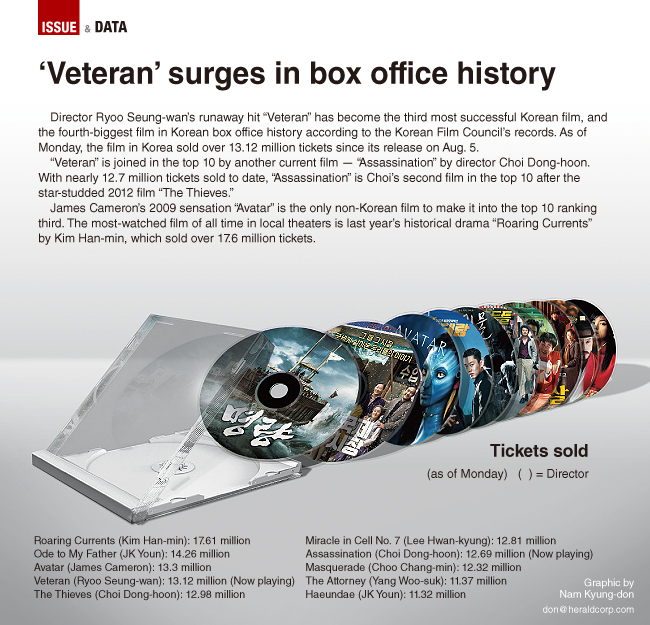 Director Ryoo Seung-wan’s runaway hit “Veteran” has become the third most successful Korean film, and the fourth-biggest film in Korean box office history according to the Korean Film Council’s records. As of Monday, the film in Korea sold over 13.12 million tickets since its release on Aug. 5.

James Cameron’s 2009 sensation “Avatar” is the only non-Korean film to make it into the top 10 ranking third. The most-watched film of all time in local theaters is last year’s historical drama “Roaring Currents” by Kim Han-min, which sold over 17.6 million tickets.