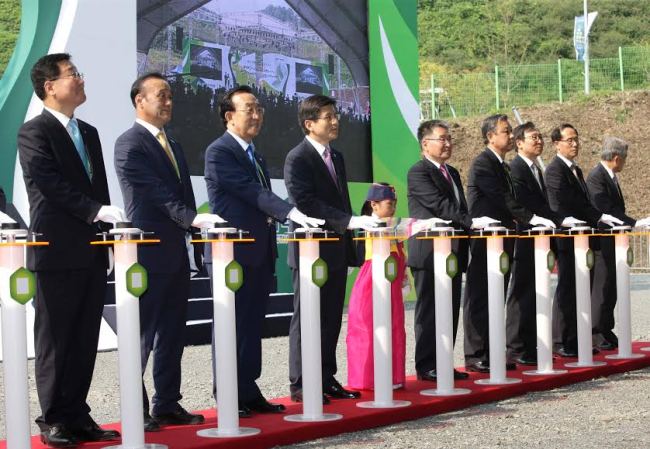 Gyeongju radioactive waste treatment facility --  Prime Minister Hwang Kyo-ahn (fourth from left) and other high-ranking government officials mark the completion of the construction of the Gyeongju Radioactive Waste Treatment Facility in North Gyeongsang Province on Friday. Finalized after three decades of discussion and debates, Korea’s first facility of its kind is expected to treat a total of 800,000 drums of low- to mid-level radioactive waste, such as gloves, parts and work uniforms used inside the nuclear power plants. This will start with storing 3,000 drums in a warehouse located 1.4 kilometers underground this year. The government has allotted 3.2 trillion won ($2.72 billion) to support the local economy of Gyeongju by 2035.     (Energy Ministry)