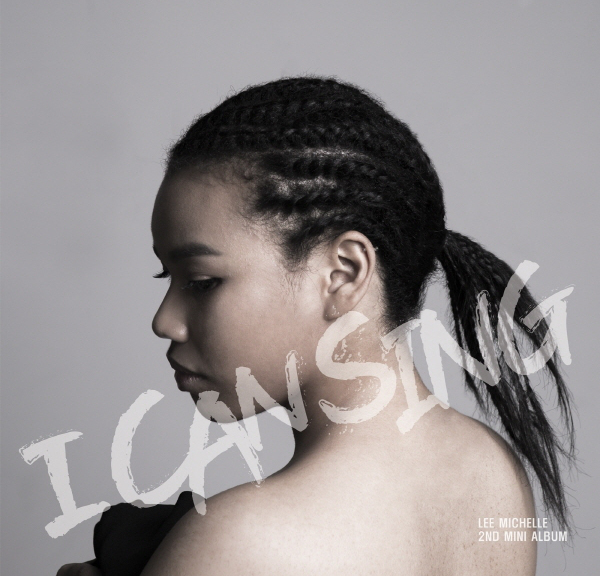 
Lee Michelle’s second EP “I Can Sing” starts off with a light, playful guitar riff that is surprising to those who have come to associate the 24-year-old singer with soaring, powerful vocals.

As a contestant on the star discovery competition program “K-pop Star,” Lee Michelle had used her strength to climb up to the Top 5.

But on this album, it becomes clear that what truly sets the half-Korean, half-African-American singer’s voice apart is not her ability to belt out high notes, but her careful vocal control and musical interpretations.

The first stop on the EP is the title track “I Can Sing,” a jazzy number written by Lee herself. The lyrics exude confidence about Lee’s talents, saying, “You look so laughable as you stare at me with your mouth hanging open.”

It’s a very different kind of confidence from the emotional finding-self-worth message that filled her debut song “Without You,” and it works beautifully here as Lee frees herself on extended vocalizations and follows up the snap of a snare drum with an unexpected rap section.

”I Can Sing” is followed up by “Escape,” a song about wanting to erase the hurtful past and escape from emotional pain that follows a more conventional and predictable melody line.

Lee’s second original song “What Are You Doing” is a typical pop song about a girl desperately trying to get the attention of her love interest. To wrap up, the album includes an English acoustic version of Lee’s song “Without You,” a much quieter and tenderer version of the original.

”I Can Sing” doesn’t wow, but it is a good indication of both Lee Michelle’s jazzy talents and her potential as a singer-songwriter.