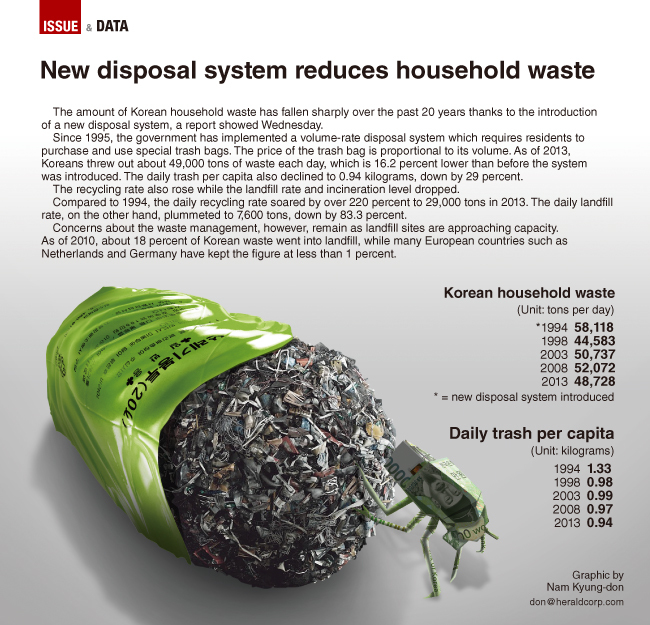 The amount of Korean household waste has fallen sharply over the past 20 years thanks to the introduction of a new disposable system, a report showed Wednesday.

Since 1995, the government has implemented a volume-rate disposal system which requires residents to purchase and use special trash bags. The price of the trash bag is proportional to its volume.

As of 2013, Koreans threw out about 49,000 tons of waste each day, which is 16.2 percent lower than before the system was introduced. The daily trash per capita also declined to 0.94 kilograms, down by 29 percent.

The recycling rate also rose while the landfill rate and incineration level dropped.

Concerns about the waste management, however, remain as landfill sites are approaching capacity.

As of 2010, about 18 percent of Korean waste went into landfill, while many European countries such as Netherlands and Germany have kept the figure at less than 1 percent.