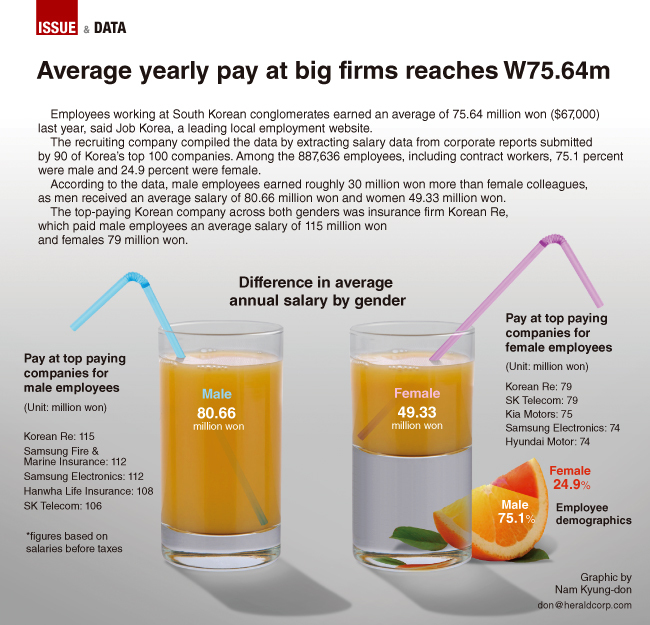 The recruiting company collected salary data from corporate reports submitted by 90 of Korea’s top 100 companies. Among the 887,636 employees, including contract workers, 75.1 percent were male and 24.9 percent were female.

The top-paying Korean company across both genders was insurance firm Korean Re, which paid men an average salary of 115 million won and women 79 million won.