Bae searches for meaning in life in 'Nowhere To Be Found'

By Korea Herald
Published : May 26, 2015 - 13:12       Updated : May 26, 2015 - 13:12
Bae Suah’s fiction gives rise to the underrepresented voice of the young, female working class of South Korea. Her latest novella, “Nowhere to Be Found,” echoes her excellent short story “Highway with Green Apples” which also follows a young, socially displaced female protagonist who flits from job to job unable to find meaning in her life while the people around her strive for material love and success. 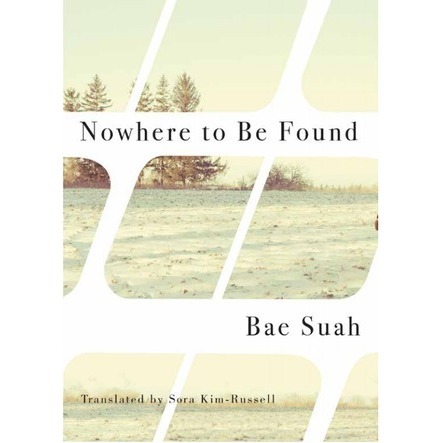 Bae’s prose is stark and dreary, effectually framing the life of our nameless protagonist. When we meet her, it is 1988 and Korea’s historic democracy movement has concluded. She holds a temporary administrative position at a small university, while her college classmates begin their careers with full salaries. Steady, repetitive, she describes her university job as “not a place for revolution, nor should it be.” Though she and her fellow low-level employees “weren’t lazy or indifferent or anything,” they cannot help but become cogs blending into a part of a larger machine. The din of the democracy movement on the streets of Seoul does not penetrate the life of our listless narrator.

Bae’s protagonist leads us through her gray world ruthlessly at times ― sparing us few gruesome detail of her mother’s alcoholism, her brother’s struggle to become a sewage worker in Japan to “escape” poverty or the grit and grime of 1980s Seoul ― but still, the reader recognizes something in her. Although she hardens and disengages from her life, she is supremely human in her will to endure and continue forward.

Early in the novella, the protagonist confides in the reader that she once had dreams of becoming a veterinarian but, knowing she would need more schooling, chose to support her family instead. She remains attached to her family throughout the story, but describes them in a way that contradicts the traditional notion of Korean family: “Even now I think maybe my family is just a random collection of people I knew long ago and will never happen upon again … and people I don’t know yet but will meet by chance one day.”

She continues to support her family by taking jobs, sometimes more than one. Her brother, before leaving for Japan, suggests that she get married. “I’ll never get married,” she replies steadfastly. The most significant man to enter the protagonist’s life is Cheolsu, a friend from college who becomes her lover. But with Cheolsu, and the men who come later, she sees herself as a sort of receptacle for their love ― she is passive and stony, and the men call her out for it. “You’re cold,” one tells her. “Cold as a winter rain. What’s wrong with you?”

She explains to her lover that she sees herself passing by the window of the room where they both lay. A part of her will always remain outside of herself, hurrying in another direction. It’s not that she’s sick or hard or cold. It is that she knows no other way to survive.

Bae’s prose is clearly and fluidly translated by Sora-Kim Russell who also contributed an excellent translation to “Highway with Green Apples.”

Charlotte Hammond is an American writer living in Seoul. ― Ed.