The growing Sino-U.S. rivalry has triggered speculation that the U.S.-led global system would be reshaped by the ascendant, revisionist power ― China. And the decline of U.S. power appears to be viewed by many as a fait accompli.

The 164-page book, which was written by seven scholars of the institute including its President Hahm Chai-bong, enumerates a series of notable factors that combine to ensure America’s superpower status. 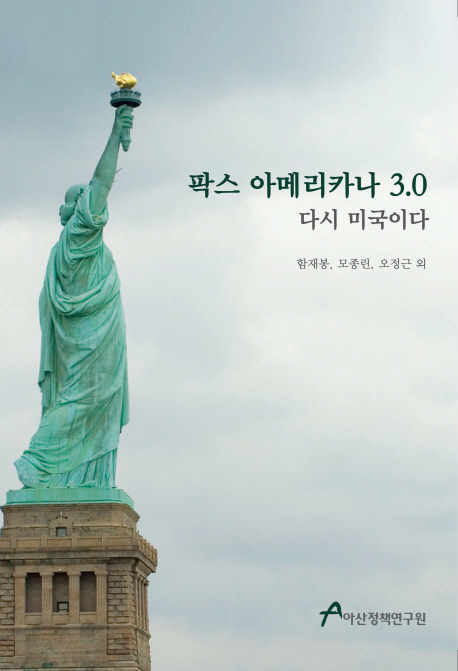 The factors include the U.S.’ technological edge in the production of shale gas; innovative, knowledge-based industries; the growing population with a constant influx of young immigrants; and still-potent military clout.

The book also touches on America’s research and educational infrastructure. The world’s top-notch schools in the U.S. that encourage creative thinking produce aspiring entrepreneurs to inject fresh ideas to enable the industrial evolution, the book points out.

“The U.S. has strong fundamentals. The educational system and corporate culture that fosters and rewards creativity; the free market economy that makes ‘creative destruction’ possible; its growing population; and rich underground resources are the origins of America’s competitiveness,” the book says.

Above all, what undergirds the U.S.’ power is “creative destruction,” a term that American economist Joseph Schumpeter popularized as the theory of economic innovation, according to the book.

The creative destruction is “the process of industrial mutation that incessantly revolutionizes the economic structure from within, incessantly destroying the old one and incessantly creating a new one,” according to Schumpeter.

Through the creative destruction, the U.S. was able to restore its status and counter the repeated talk of its decline, the book says.

The book explains that the ongoing debates about the U.S. decline are not new: In 1957 when the Soviet Union successfully launched the world’s first satellite Sputnik, talk of America’s decline emerged. After its defeat in the Vietnam War in the 1970s and the economic rise of Japan in the 1980s, the U.S. also struggled with domestic concerns over its dwindling power.

The book, printed in Korean, costs 14,000 won ($12.88). The Asan Institute is preparing to publish an English version of the book.