Titled “History Development and Human Prosperity,” the book compiles 39 speeches of world leaders in religion and politics. They range from ancient figures such as Socrates, Jesus Christ, the founder of the early Korean kingdom Dangun to leaders of the modern time, including U.S. Presidents Franklin Roosevelt, Woodrow Wilson and Barack Obama and South Korean President Kim Dae-jung. 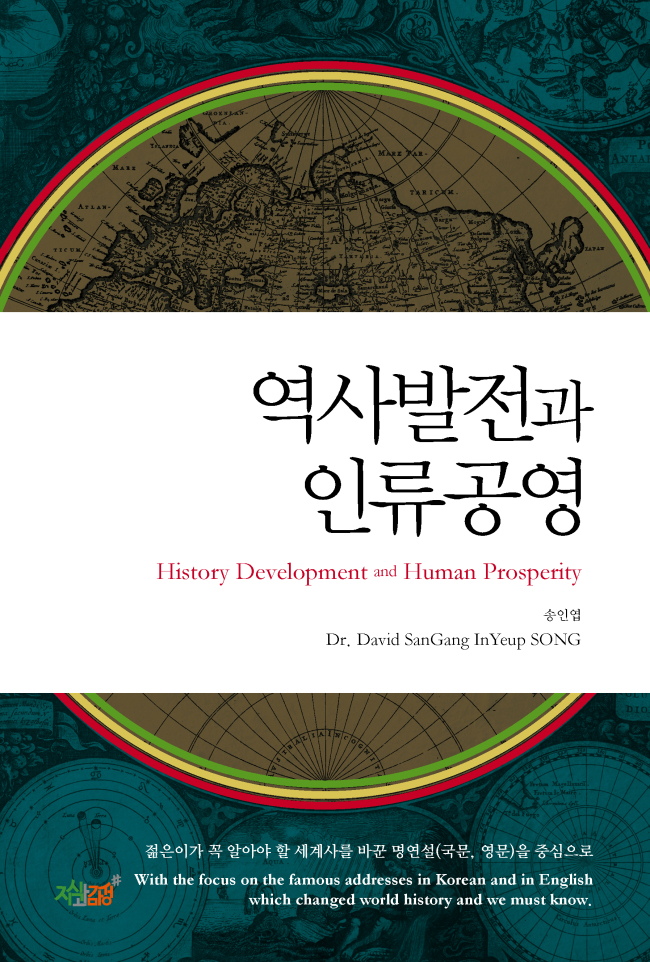 “These speeches are the basis of my life,” said Song In-yeup, a former senior official of the Korea International Cooperation Agency, in a phone interview.

“The ideas (contained in the speeches) have made the world a better place for everyone. They have been the core philosophies of mine during my 23 years serving at KOICA,” he added.

In the book, Song, who has taught at the Korea National University of Education since his retirement from KOICA in 2011, categorized the speeches into four key themes: “Freedom and Equality,” “Democracy,” “World Peace” and “Human Prosperity.” They are topics that are of great importance in international development and cooperation, he explained.

Martin Luther King’s “I Have a Dream,” Abraham Lincoln’s “Of, By and For the People,” Woodrow Wilson’s “Fourteen Points for Peace” and Mahatma Gandhi’s “Noncooperation and Nonviolence” are among the best-known speeches featured.

The book also includes Song’s own speeches. “National Sovereignty in the People” was a speech he made in 2010 in Haiti, when the Caribbean country was reeling from a devastating earthquake that killed more than 160,000 and displaced millions of its people.

“The country was in extreme disorder when I first went there. Some 30 U.N. officials died in the earthquake, the Haitian president fled the office and people were robbing each other,” he recalled.

Song volunteered to go to Haiti shortly after the earthquake, single-handedly establishing a KOICA office in the country and leading Korea’s official emergency relief and humanitarian assistance. He stayed in the country for two and a half years until 2012.

Haiti was the first country that Korea offered relief fund to as a member of the OECD Development Assistance Committee, the “advance nations’ assistance club,” which the country joined just one week before the earthquake.

“Korea was the first former aid recipient to join the OECD Development Assistance Committee and the amount that the Korean government offered in disaster relief fund to Haiti was an unprecedented amount,” Song said.

Song has authored four other books that recount his stints in Iraq, Ethiopia, Uzbekistan and Fiji.