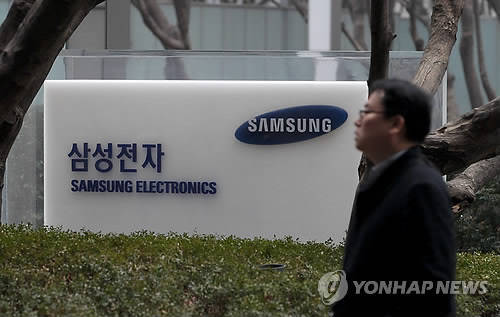 The estimate came higher than the market's forecast of 5.47 trillion won as compiled by Yonhap Infomax, the financial arm of Yonhap News Agency, on South Korea's 21 brokerage houses.

Sales were estimated at 47 trillion won for the January-March period, down 12.44 percent from a year earlier and down 10.87 percent from the earlier three-month period, the company added.

Samsung didn't provide its net profit estimate and a breakdown of sectoral performances for last quarter.

Shares of Samsung Electronics closed at 1,470,000 won Monday on the main bourse, up 2.51 percent from the previous session. The guidance was released before the local stock market opened Tuesday. (Yonhap)