Patton Oswalt has a thing for the movies

Oswalt is sitting in a Mid-City restaurant talking about why he’s written a second book, “Silver Screen Fiend: Learning about Life from an Addiction to Film,” when he’s got so much else on his plate.

He’s about to take off on a nationwide stand-up tour, featuring his first date at Carnegie Hall. He’s so busy acting ― recent credits include “Justified,” Adult Swim’s “The Heart, She Holler” and “Agents of S.H.I.E.L.D.” ― that his press agent can’t keep up with what’s shooting when.

For fans of nerd culture, Oswalt is a fixture from his alt-comedy days. But rather than stay in geeky roles like the costumed Dungeonmaster in “Reno 911!,” Oswalt played a regular guy on “King of Queens,” doctored scripts for the Farrelly brothers, played dark leads in “Big Fan” and “Young Adult,” voiced “Ratatouille” and wrote the bestselling 2011 memoir “Zombie Spaceship Wasteland.”

“Reading voraciously growing up is what led me into the world of film and comedy,” says Oswalt. “That was my gateway, Judy Blume and Beverly Cleary. It’s something that I don’t want to go away.”

Oswalt, 45, looks positively professorial in a plaid jacket on an L.A. winter day. As he digs into a salad, he unleashes a swift critique of our current modes of cultural consumption.

“Everything is based on who has the best equipment: Do you have the best home theater, the best video game console?” he says. Whereas “a book is a book is a book,” he continues. “You can get one for free in the library. It’s the last totally democratic, egalitarian gateway to culture and the arts left.”

Lest things get too serious he adds, “There’s no one going (using his best advertising voice), ‘If you read ‘Moby-Dick’ you gotta read it in 14-point Helvetica, you can’t just read 12-point Courier.’”

“Silver Screen Fiend” (multiple fonts and sizes, including footnotes) is a trip through Oswalt’s past and his love of film, a twofold chronicle of underground comedy and gluttonous cinematic consumption. In the 1990s, Oswalt obsessively attended L.A.’s New Beverly Cinema and other art-house theaters, watching hundreds of films. It was a self-prescribed education.

“When I was thinking of becoming a comedian I just was devouring comedy, going out to see it and doing it,” he says. “In my mind, I’m going to become a director and a screenwriter, I’m going to see every movie ever made. It really appealed to the whole OCD, completist aspect to my personality.”

He had recently moved to Los Angeles and was writing, halfheartedly, for “Mad TV.” At night he’d see movies, then perform and watch other comedians at Cafe Largo, which had suddenly emerged as the white-hot center of alt comedy.

At Largo, he writes, “art and commerce, risk and opportunity ― fused and created a nameless new drug. It hung in the air, a narcotic vapor, and we all breathed it. It made all of us ambitious, competitive, resentful, jealous and, ultimately, more creative than we’d ever been before or since. At least, that’s how it affected me.” 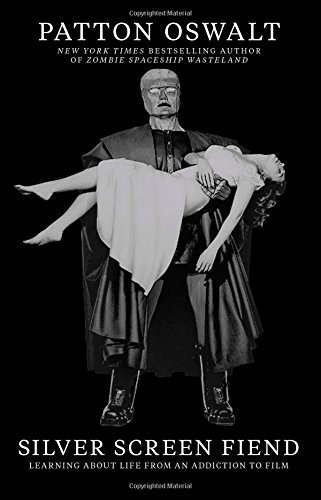 As insightful as he is about those days a decade ago with Sarah Silverman, David Cross, Louis CK, Paul F. Tompkins, Janeane Garofalo, Zach Galifianakis and more, he thinks someone else should write a book about Largo then. “It can’t be me,” he insists, “because even if I tried to be as objective as I possibly could, there would be still things I would tweak through my own memory and my own ego. It would not be a good account.”

His memory seems impeccable ― in our conversation, he pulled in perfect movie quotes and sang a snippet of a Butthole Surfers song ― but he believes it’s haphazard.

“There are moments in my past where I can absolutely remember the smell, the quality of the light, who was saying what,” he says ― that’s the stuff that gives his memoir texture and weight. “And there’s other things that I cannot remember at all. ... You know, my memory is like a scalpel being waved around by a blind dude. Sometimes it absolutely hits home and other times it’s swishing at air.”

In one standout chapter, Oswalt returns to his childhood home in Virginia and goes to see a film with an old friend. “I had a very specific idea how I was going to come off,” he says; a safe guess would be that he would be the sophisticate returning to the small town. But through the writing process, Oswalt realized something: “I’m not the hero of this chapter, I’m the bad guy. He’s actually living life and embracing it, and I’m this (movie) snob.”

“There were a lot of moments like that,” he says, having realized, “this isn’t a chapter about me having the smart thing to say, this is about me lacking in some humanity.”

Oswalt, a married man with a daughter, has publicly tried to find the balance between public and private life. Last summer, despite having nearly 2 million followers on Twitter, he took a break from the social network. Being away from it, he says, “refilled my tank.” Twitter was too easy: “I wasn’t sitting and brooding, which is where my better stuff would come from.”

He plans to repeat the exercise. “Every year, June first to Labor Day, I’m off Twitter. I’m just going to go live my life. Then I’m going to come back and it makes it all better. Just like movies: It should enhance my life, not be my life.”