"It is not true," a spokeswoman at Samsung Electronics said, adding that the company "does not respond to rumors."

BlackBerry, in a press release on its website, also denied the report on the potential deal, saying it "has not engaged in discussions with Samsung with respect to any possible offer," declining to comment further.

BlackBerry Ltd. also denied that it has had talks with Samsung over a possible takeover of the Canadian company.

``BlackBerry has not engaged in discussions with Samsung with respect to any possible offer to purchase BlackBerry,'' the company said in a statement. 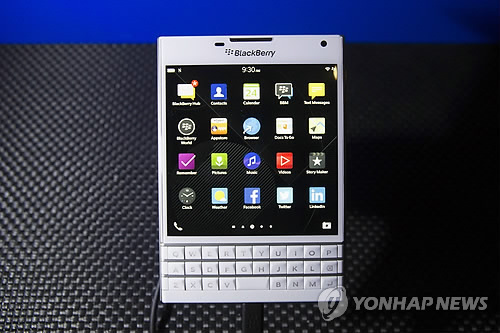 A Reuters report, citing a person that it didn't identify, said Wednesday that executives met last week to discuss a potential deal. South Korea-based Samsung reportedly offered to buy BlackBerry for $13.35 to $15.49 per share, valuing the company at as much as $7.5 billion.

Shares of BlackBerry jumped nearly 30 percent, or $2.89 Wednesday to close at $12.60 but slid 14 percent in after-hours trading following BlackBerry's statement.

Any foreign takeover would require approval from the Canadian government.  (From news reports)