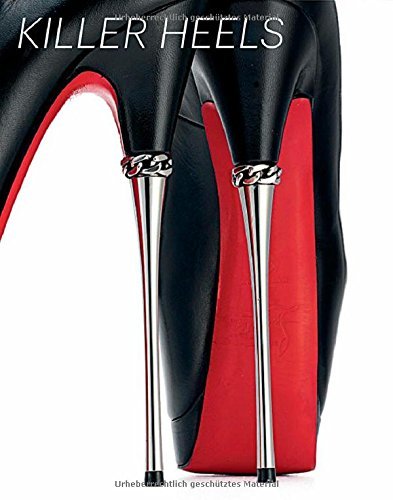 Heels” is a luxurious, fun and sexy look at the history of high heels,

and it manages to be eye candy and thoughtprovoking, too. It’s on

shelves for the holiday shopping season.

Based on an exhibit at the Brooklyn Museum, the book contains several essays and more than 100 luxurious illustrations that trace the history of heels from ancient Greece and Turkey to the modern streets of New York and Paris. Greek actors used thick-soled cork shoes for greater visibility onstage, and during the Ottoman Empire women used a type of clog for

slick bathhouse floors. That supposedly inspired the chopine of 16th-century Venice, and one delicately embroidered pair from that era shown in the book could still attract attention at a party today. (AP)