The dead are all around us in ‘Rooms’ 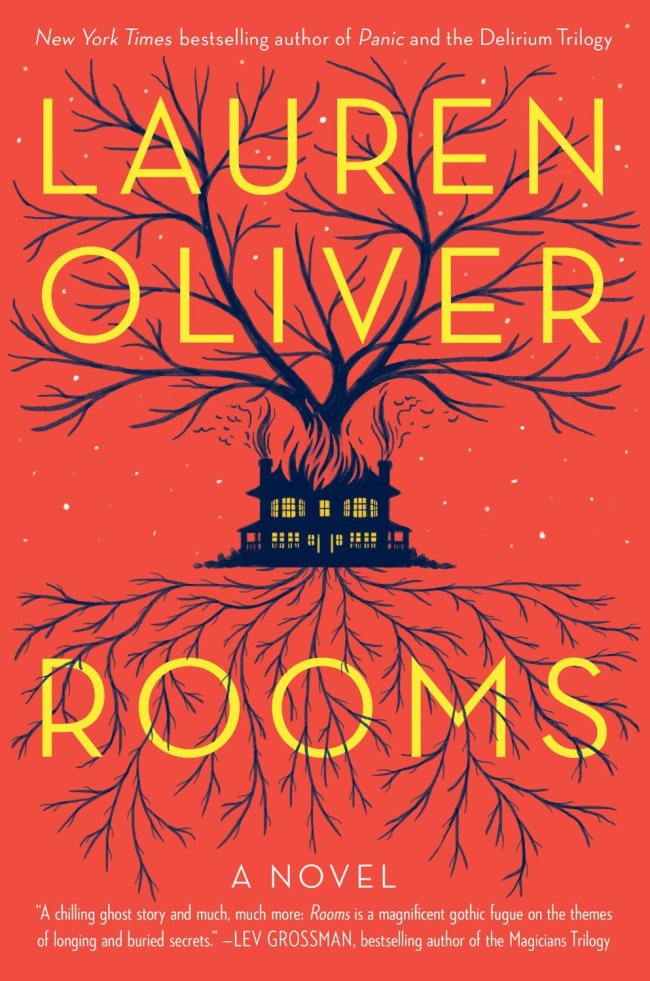 Oliver’s confident, clever prose effortlessly convinces the reader ― whether already a believer in the supernatural or one with a willing suspension of disbelief ― that not only are the dead all around us, they’re listening in, commenting and making often-trenchant judgments about the still living.

“Rooms” begins when wealthy Richard Walker dies, leaving behind his vast country home and two happy ghosts. Sandra and Alice, the home’s long-dead previous inhabitants, have a contentious relationship and are thrilled to have the huge empty home to themselves. Now they can wander without encountering each other too often.

They’re as different as two spirits can be: Alice is prim, proper, a wee boring. Sandra, on the other see-through hand, is utterly disagreeable, petty and, one gets the impression, dangerous.

Sandra loves to criticize her living cohabitants. When Caroline, Walker’s ex-wife, first appears: “She got fat!” Sandra crows. “Didn’t I tell you she would?” Alice replies that she does “not remember that Sandra ever said this. Although, to be fair, I spend the majority of my time trying to ignore Sandra, so it’s possible that I missed it.”

Sandra and Alice’s shaky contentment halts when the irascible Caroline and her two children, bitter single mom Minna and troubled 16-year-old Trenton, show up to take care of Walker’s estate. Mostly, however, they torment each other, mercilessly.

With both the living and the dead, tragedy takes up much of the past, resentfully rehashed: fires, murder, infidelity, dead children, irksome nastiness in abundance. Trenton, for example, spends a good deal of time, even during his grandfather‘s memorial service, figuring out the best way to commit suicide.

Despite its dire subject matter, the book roils with mordant wit. Alice, for example, notes: “How do we speak? In creaks and whispers, in groans and shudders. But you know. You’ve heard us. You simply don’t understand.”

Alice also advises on the too-close-for-comfort side of the netherworld: “Divisions: that’s what we need. Spaces and lines (between her and Sandra). Your side, my side. Otherwise, we begin to converge. That’s the greatest fear, the danger of being dead. It’s a constant struggle to stay yourself.

“It’s funny, isn’t it. Alive, it’s so often the reverse. ... I remember feeling desperate for someone to understand.” Later, also from Alice: “We’ve nested in the walls like bacteria. We’ve taken over the house, its insulation and its plumbing ― we’ve made it our own.”

The book‘s narration by many characters, both spectral and non, keeps the reader on her toes. But the astute reader will, by the end, have discerned the truths that the characters try so urgently to keep hidden. The rooms of the title echo human emotions, how a kitchen can feel either warm and cozy or cold, dirty and barren; how a bedroom can house the most intimate acts of love and also the deepest sorrow and loneliness.

The last 50 pages of “Rooms” are as devastatingly emotional as any book I’ve recently encountered. It’ll take me awhile to get past repeating those sequences in my head. For a thriller, that’s as strong a recommendation as I can make. (TNS)