Pirie on the case in ‘The Skeleton’ 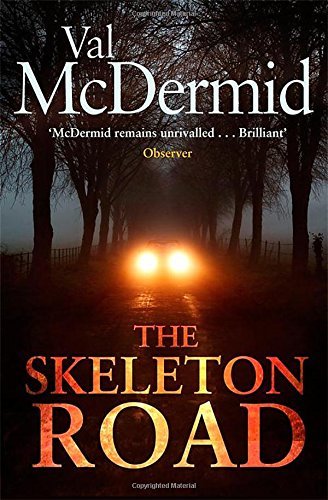 
Author Val McDermid melds the political thriller with the police procedural for an intense novel that gives equal attention to each genre.

McDermid pulls together a complicated tale of war and its aftermath for a plot that feels both intensely personal and global. “The Skeleton Road” moves at a brisk pace, giving attention to each of its myriad characters as the action moves from Scotland to England to Croatia.

Detective Chief Inspector Karen Pirie with the Historic Cases Unit ― Scotland’s official name for the cold case unit ― is called to a decaying Victorian building where a demolition crew has found a skeleton. The site is a favorite of free climbers who use these old buildings as their personal urban mountains. But this skeleton, which has been hidden for nearly eight years, has a bullet hole in its head. Karen and her team link the skeleton to Dimitar “Mitja” Petrovic, a general in the Croatian army who emigrated to England following the Balkan conflict. There, he lived with Oxford University professor Maggie Blake, who met him when she worked as an academic in Dubrovnik during the war. Maggie has never gotten over Mitja, who she believes left her more than eight years ago to return home.

“Skeleton Road” gracefully moves from Karen’s investigation to Maggie’s life and her memories of the war and Mitja. Meanwhile, two members of an international war crimes tribunal also are seeking Mitja as they try to find who is meting out “rough justice” by killing people accused of war atrocities before they can be indicted.

Without being overly graphic, “Skeleton Road” depicts the horrors of the Serb-Croat war during the 1990s, including both genocide and personal betrayal. Maggie’s war memories, which she chronicled in a highly praised book, delve into the personal cost of war while exhibiting the effects on a nation.

Karen, introduced in McDermid’s “A Darker Domain,” once again proves herself a formidable character worthy of her own series. Karen’s personal and professional life adds texture to “The Skeleton Road.” (AP)