Long-awaited ‘Kingdom Under Fire 2’ to be launched next summer

Lee Sang-youn, CEO and producer of Blueside, said that the company ultimately seeks to make games that can be played on multiple platforms such as consoles, PCs and mobiles.

Given its strength in developing games for consoles and PCs, the company has the capability to create “ubiquitous games” in line with its multiplatform strategy. 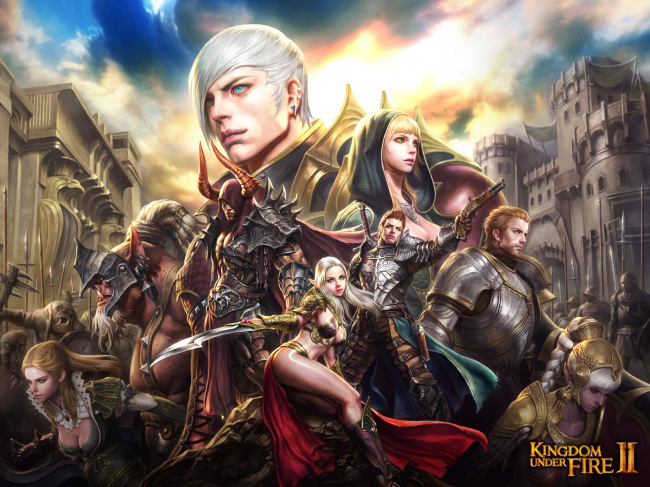 “It would be a challenge to make games that can be played freely on multiple platforms all at once. But this is what the industry, including Nexon and NCsoft, is currently looking into and researching,” Lee told The Korea Herald at the G-Star exhibition.

“Our advantage is that we have been developing games for both PCs and consoles from the beginning, unlike others, who only made games either for consoles or PCs. We can move into mobile games with our solid technology.”

Lee added that Blueside can create entirely new games for smartphones and tablet PCs, or develop a mobile version of the “Kingdom Under Fire” fantasy battle series.

The company could seek venture capital and private equity funds to finance the development of ubiquitous games.

Blueside recently received some 20 billion won from Value Invest to make “Kingdom Under Fire 2,” the fifth part of the real-time strategy and role-playing game series. It took five years and cost over 50 billion won to develop the epic sequel, which is currently being tested.

“We are discussing with Sony to launch the game possibly next summer,” Lee said.

The first game of the series was released in 2000.