Baseball fans gave Jo a big round of applause as he took the mound in a Hanwha Eagles uniform and threw the ceremonial pitch. 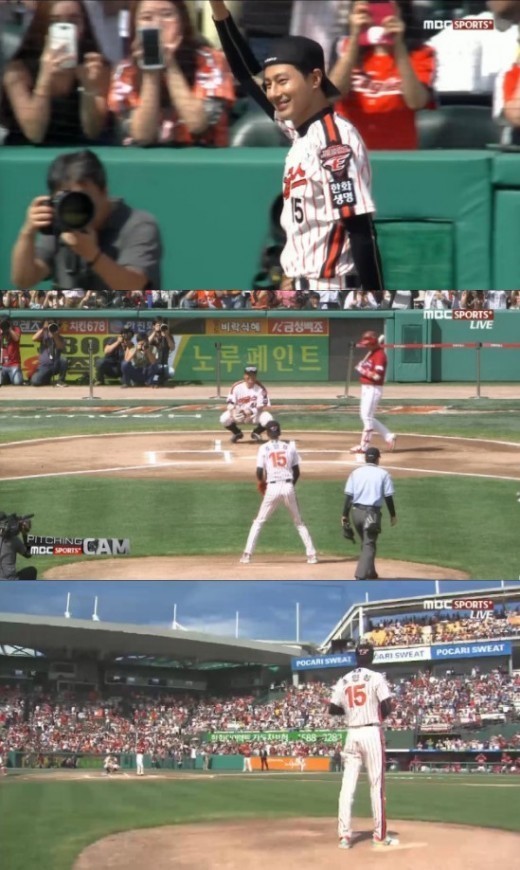 The actor is widely known for being an avid Hanwha fan since he was a little boy.

Jo starred in the recently-ended rom-com “It’s Okay, That’s Love” along with actress Gong Hyo-jin. He was highly praised for his skillful acting while playing a crime novelist who falls in love with a cold, chic psychiatrist.