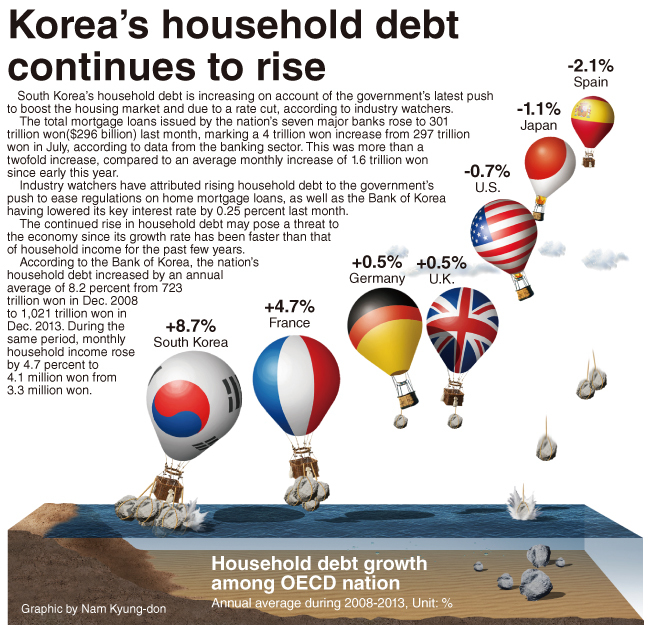 South Korea’s household debt is increasing on account of the government’s latest push to boost the housing market and due to a rate cut, according to industry watchers.

The total mortgage loans issued by the nation’s seven major banks rose to 301 trillion won ($296 billion) last month, marking a 4 trillion won increase from 297 trillion won in July, according to data from the banking sector. This was more than a twofold increase, compared to an average monthly increase of 1.6 trillion won since early this year.

Industry watchers have attributed rising household debt to the government’s push to ease regulations on home mortgage loans, as well as the Bank of Korea having lowered its key interest rate by 0.25 percent last month.

The continued rise in household debt may pose a threat to the economy since its growth rate has been faster than that of household income for the past few years.