Jindo residents claim that the best seafood in Korea is found on their island thanks to the strong sunlight and powerful sea currents. The region’s specialties ― laver, seaweed, abalone and green onion ― are often known, along with the Jindo dog, as the “Five Wonders of Jindo” due to their superior quality and taste.

In fact, the five wonders were included among the special regional foods that were delivered to the kings of the Joseon era.

Also known as “beauty food” as it is low in calories and high in minerals, Jindo’s stone laver is popular nationwide. Savory and nutritious stone laver is rich in dietary minerals, which are known for treating diarrhea and inflammation. Some even claim that it can help prevent cancer and dementia.

Another beauty food from the island is stone seaweed.

Jindo’s stone seaweed is often given as a gift to a woman who has just given birth. It is a popular Korean custom to offer new mothers a hot bowl of this seaweed soup to help with their postpartum recovery.

Seaweed soup is known to raise a new mother’s metabolism, and it also purifies the blood with its high mineral and iron content. Seaweed is also considered a good source of protein, vitamin A and calcium.

Korea has a long history in abalone aquaculture, and is currently the second-largest producer of the sea creature behind China. 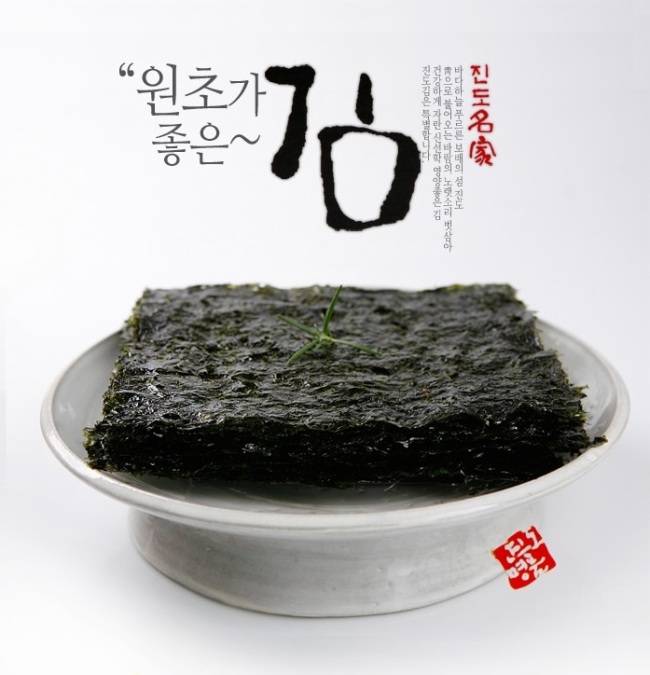 Though abalone is one of the most expensive types of seafood in Korea, its richness in calcium, vitamins and minerals makes it popular throughout the year.

“The Jindo Miracle Sea Road Festival is one of the most unique festivals in the world, which only happens once or twice a year due to tidal differences. Visitors from Japan and China come to witness this spectacular phenomenon and enjoy the festivities,” said Oh Gui-seok, an official from the public relations department of Jindo County Office.

Blessed with a moderate climate, Jindo Island’s green onions can be harvested even in winter, bringing abundant profit to the local farmers.

The gluey liquid that comes from the onions contains nutrients that are known to prevent and ease hypertension.

The stems of the onions are rich in taste, which is why Jindo’s onions stand out from others. Restaurateurs and gourmet food lovers often come to Jindo to get the best pick of the bunch.

On Jindo Island, handsome dogs can often be seen roaming the beaches or resting on porch steps.

These canines, called the Jindo dog, are symbols of the island.

Known for their brave and independent nature, these Jindo natives were exemplified in the legendary tale of the dog Baekgu, which traveled hundreds of kilometers to return home after being sent away.

The tale came true in 1994 when a Jindo dog showed up at an old lady’s house on the island seven months after being sold to a street vendor based in Daejeon. Such stories made the Jindo dog, hailed as the epitome of loyalty and affection, one of the most famous icons of the island.

Each year, Jindo hosts a nationwide canine beauty pageant, but this year’s was postponed due to the April 16 Sewol disaster.

“In November, we plan on holding our annual dog show, at which people can bring in high-caliber dogs and vie for the best title in the show. We hope this will be an attraction that will help bring in more tourists to revive the local economy, which has been dwindling in the wake of the Sewol tragedy,” said Hong Sung-jin, an officer at the Jindo dog business office.