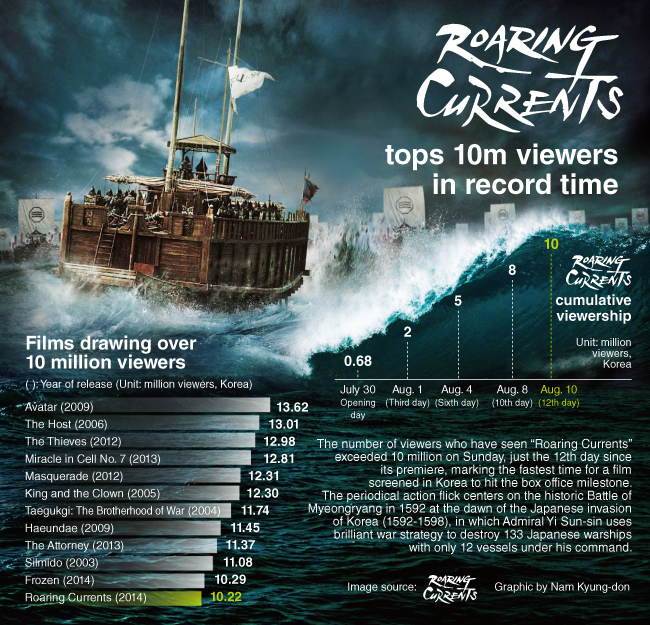 The number of viewers who have seen “Roaring Currents” exceeded 10 million on Sunday, just 12 days after its premiere, marking the fastest time for a film screened in Korea to hit the box office milestone.

The period action flick centers on the historic Battle of Myeongnyang in 1592 at the dawn of the Japanese invasion of Korea (1592-1598), in which Adm. Yi Sun-sin uses brilliant strategy to defeat 133 Japanese warships with only 12 vessels under his command.