In the poster, the five members stand in line while looking ahead in dark suits, exuding charisma. 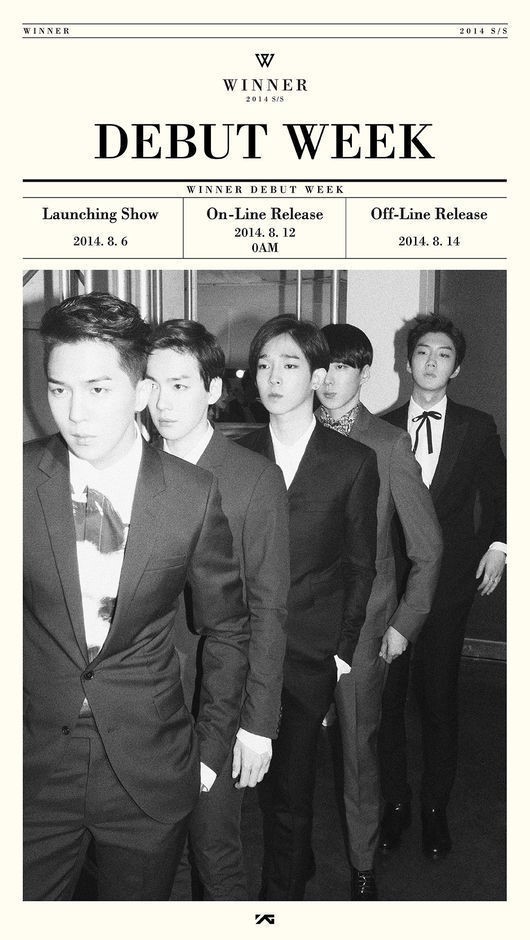 The poster also demonstrates the group’s upcoming schedule this week, dubbed “Debut Week.” Winner is scheduled to hold a launch show on Aug. 6, and release their debut track online on Aug. 12, to be followed by the offline album release on Aug. 14.

The group was first introduced on the reality survival show titled “Who Is Next: WIN,” premiered last August as YG CEO Yang Hyun-suk’s latest pet project to pick members to form his newest K-pop group Winner.

During the program, Team A and Team B, composed of trainees under the label, vied for a chance to debut in the winner-takes-all competition.

The victory went to Team A, which won three rounds of public voting.