“It has been a long time since I wore a suit. (Participating in ‘JYJ Membership Week’) has been fun and enjoyable with our members,” Junsu wrote alongside his selfie. 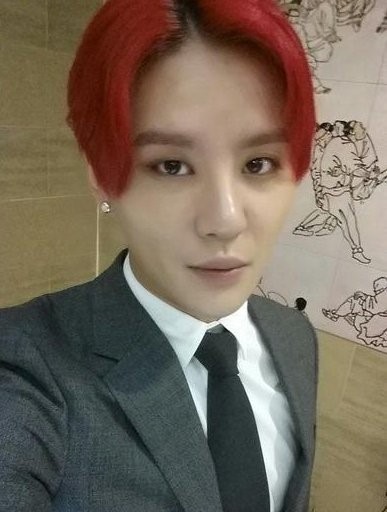 In the photo, he is wearing a gray suit and has red hair.

The popular idol band on Thursday kicked off the annual event “JYJ Membership Week” in Seoul for fans from home and abroad, following the release of its second studio album “Just Us.”

The third installment of the event is scheduled to run until Aug. 3 at the Coex convention center in southern Seoul.

After wrapping up the festival, the trio is slated to embark on its Asian concert tour “The Return of the King,” with the first concert to be held on Aug. 9 in Seoul. The idols are set to visit eight cities across Asia including Hong Kong, Beijing and Shanghai.