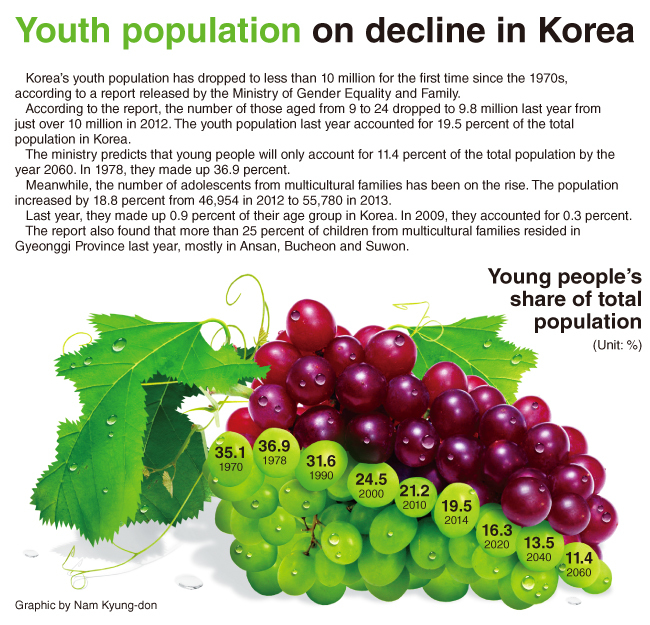 Korea’s youth population has dropped to less than 10 million for the first time since the 1970s, according to a report released by the Ministry of Gender Equality and Family.

According to the report, the number of those aged from 9 to 24 dropped to 9.8 million last year from just over 10 million in 2012. The youth population last year accounted for 19.5 percent of the total population in Korea.

The ministry predicts that young people will only account for 11.4 percent of the total population by the year 2060. In 1978, they made up 36.9 percent.

The report also found that more than 25 percent of children from multicultural families resided in Gyeonggi Province last year, mostly in Ansan, Bucheon and Suwon.