The Korean unit of the biggest German carmaker posted a stunning 39.4 percent growth in 2013, with 25,649 unit sales. And behind the staggering performance is the Golf.

“One of the key values of the Golf, which combines solid body stiffness and German engineering technology, is being able to offer the best experience to drivers with different tastes,” said Thomas Kuehl, president of Volkswagen. 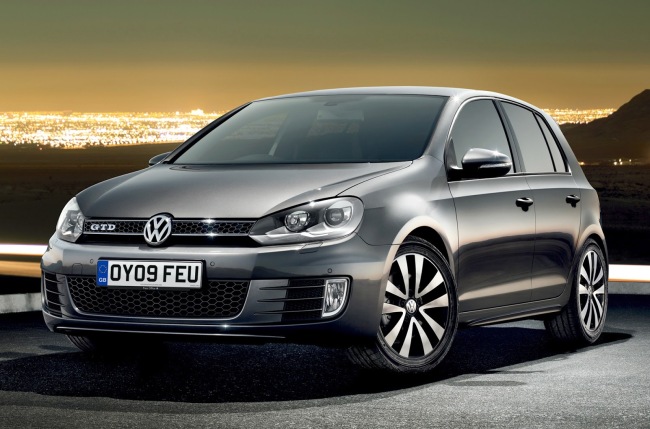 “The Golf GTI and GTD are the models with the most powerful design and innovative technologies in their history that will let drivers know that driving can be a sport.”

The gasoline-powered Golf GTI made its debut back in 1972. The car, dubbed a sports hatch or hot hatch, has been a dominant player in the high-performance compact segment.

The latest, seventh-generation model has had its weight reduced by 55 kilograms through Volkswagen’s next-generation production strategy of Modular Transverse Matrix, or MQB, platform, while lowering its body by 15 millimeters for sportier suspension.

The traditional look of the GTI has been refashioned with a modern touch. The red and chrome strip extending to the headlight, for instance, makes for more aggressive styling, while the car’s characteristic body line, called the Tornado Line, completes its much sharper overall look.

Tech-wise, the car comes equipped with a combination of the 1,984 cc in-line 4-cylinder gasoline direct injection turbo charger engine and dual clutch 6-speed DGS transmission. It churns out 211 horsepower and a maximum torque of 35.7 kilogram meters.

Thanks to its new, more progressive steering wheel, the car’s responsiveness on curves has also been enhanced. It takes 6.8 seconds to reach 100 kilometers per hour. Its fuel economy is 11.5 kilometers per liter.

The diesel-powered GTD offers both powerful performance and better fuel efficiency. Boasting more than 30 years of history, the GTD has also been fully changed under the MQB platform.

Most of its styling shares key features such as the symbolic tornado line and the honeycomb radiator grille with the GTI. But a gray and chrome stripe replaces the GTI’s red one to offer a more refined styling.

The new GTD is equipped with the next-generation 4-cylinder TDI engine, the most powerful diesel engine of any Golf model. It can put out 184 horsepower and accelerate from 0 to 100 kilometers per hour in 7.5 seconds.