[Weekender] SNS increase opportunities, but at a price 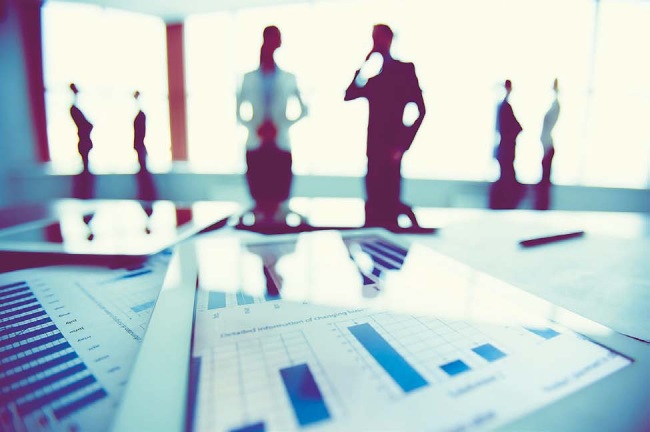 Gone are the days when journalists dictated how news was delivered and what made headlines.

The explosion in use of social networking and smartphones has undermined the monopoly that professional reporters once had.

Rather than simply producing news, they had to become communicators, working in collaboration with the public. They also had to adjust to new, more varied methods of delivering information.

Defense journalist Yang Nak-gyu of the Asia Economy Daily is among those to embrace the changes early on.

His day begins at 4 a.m. when he wakes up to reply to queries from visitors of his blog Defense Club, which draws more than 250,000 visitors a day.

In addition to his blog and his job at the Asia Economy Daily, Yang appears on two television programs and one on radio, while meeting tight daily deadlines for print.

He even launched his own mobile application dedicated to military issues two years ago.

“I started to a blog to develop my specialty and push the limits of newspaper pages in order to deliver more content,” Yang told The Korea Herald.

“Whenever military news breaks, I open my laptop and update the news even when I’m on a business trip or having a drink with friends at night.”

Yang is not the only reporter stretching beyond traditional duties to disseminate the news.

A number of journalists now provide some of the most popular podcasts, and have made their way into the ranks of Twitter’s most influential users.

According to Podbbang, a local podcast distribution site, some 20 news podcasts hosted by reporters have captured places on the monthly Top 50 chart.

On the most influential 50 Twitter users chart, which excludes celebrities, six journalists reached the ranks including IT reporter Kim Kwang-hyeon (@kwang82) of the Korea Economic Daily and Heo Jae-hyun (@welovehani) of daily newspaper The Hankyoreh.

While progressive outlets mainly take the limelight in social media, the Internet has enabled the rise of alternative media.

Despite ongoing debates over their political bias and sensationalism, such news outlets have gained influence as they take digital initiatives to fulfill the 21st century audiences’ needs.

GObalnews, an alternative news outlet run by former MBC reporter Lee Sang-ho, has come to the forefront of the live coverage of Sewol Ferry disaster in Jindo. Lee delivered live streaming video at the center of the missing victims’ families who were angered at the government over its lax rescue operations.

GObalnews gained much public attention for directly delivering the family members’ desperation, while traditional news outlets came under public criticism for misreports amid accusations of being government mouthpieces.

Online journalism experts say interacting with the community is crucial for traditional media, as multimedia platforms have enabled everyone to be a storyteller.

“The age when news outlets were simply distributing information has ended. We should create ‘continuous news’ based on readers’ feedback,” said Choi Jin-soon, adjunct professor at the Graduate School of Mass Communications and Public Relations of Konkuk University and a Korea Economic Daily reporter.

Choi said that journalists’ role and status have shrunk with the emergence of civic journalism, while the power of collective intelligence is undergoing exponential growth.

“Many reporters who realized the need for change in their relationship with the audience started to utilize two-way communication platforms,” he said.

Newsrooms’ traditional way of disseminating news ― closed and unilateral ― met a turning point to raise openness and transparency as reporters have attempted to become more available to the public by digital means.

The developments, however, have also had negative impacts.

More journalists now say they are exhausted due to the massive workload increase that came with keeping online and hard-copy readers updated and responding to their reactions through various personal communication channels.

“If I don’t update my blog for a day, the number of visitors to the site significantly decreases. I can’t get sick. They want nonstop, real-time news,” said Yang of the Asia Economy Daily, who dedicates three to four hours a day to his blog and mobile app.

The increase in communication, however, comes with risks as a single post or comment could incite widespread public outrage or damage one’s reputation.

In the midst of exercising and redefining the journalist’s role in the digital era, Lee Byung-jong, a former Newsweek correspondent and a professor at Sookmyung Women’s University, finds the basic journalism principles are the primary goals that reporters should bear in mind.

“Adopting a digital media platform and techniques is crucial but I still think that’s a secondary thing. The pillars of journalism such as facts, openness, balance and transparency should be put before everything,” he said.