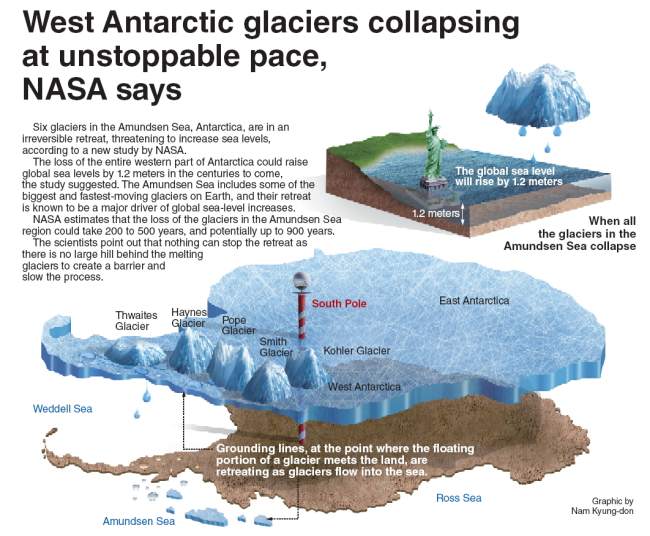 Six glaciers in the Amundsen Sea, Antarctica, are in an irreversible retreat, threatening to increase sea levels, according to a new study by NASA.

The loss of the entire western part of Antarctica could raise global sea levels by 1.2 meters in the centuries to come, the study suggested. The Amundsen Sea includes some of the biggest and fastest-moving glaciers on Earth, and their retreat is known to be a major driver of global sea-level increases.

NASA estimates that the loss of the glaciers in the Amundsen Sea region could take 200 to 500 years, and potentially up to 900 years.

The scientists point out that nothing can stop the retreat as there is no large hill behind the melting glaciers to create a barrier and slow the process.