They are still conservative, but are rapidly opening up to new ideas and trends, which is promising for many fashion businesses, said Robert Tateossian, founder and CEO of Tateossian London.

“I have noticed that Korean men are very fashionable, wearing skinny jeans and great hairdos on the street. The market is definitely growing with more stores equipped with clothes and accessories for male customers,” Tateossian told The Korea Herald.

“The men’s accessory market is very young and small, even on the global scale. But the growing population of the so-called metrosexual makes it promising,” he said.

“Metrosexual” refers to a man who is especially meticulous about his grooming and appearance, typically spending a significant amount of time and money on shopping as part of this.

The brand arrived in Seoul in the 1990s with women’s accessories but later focused on licensed spectacles. And this year, the brand will return the scene with men’s accessories. “The women’s accessory market is a red ocean but there aren’t many brands for upscale fashion for men yet,” Tateossian said. 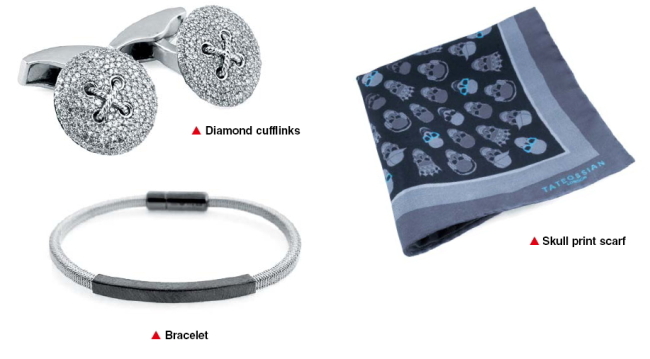 Inspired by the jet-set lifestyle of ex-financier Tateossian, rather bold and extravagant items priced up to tens of millions of won will be showcased at a pop-up store at Galleria Department Store in May.

Tateossian said he understands that most Korean men are still quite conservative. “It takes time for a man to embrace something new. Therefore we will start with marketing conventional items such as bracelets and wallets (and move on) to more fashionable cufflinks and others,” he said.

“I would like to say be brave and take some risks. Korean men are fast learners.”