By Korea Herald
Published : Mar 10, 2014 - 20:19       Updated : Mar 10, 2014 - 20:19
MUNICH ― No sooner did the Sochi Winter Games end than Russia bade farewell to the Olympic spirit by invading and occupying a foreign country. With its aggression against Ukraine, the Kremlin has breached the United Nations Charter, the Helsinki Final Act, and other international agreements, including the Budapest Memorandum on Security Assurances and the Black Sea basing agreement, which spelled out Russia’s relations with Ukraine. 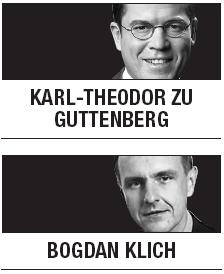 Crimea has been turned into a military zone, and its inhabitants might soon find themselves trapped in the firing line if the crisis continues to escalate. Russians now face international diplomatic and economic isolation, thus exacerbating their country’s economic woes. And Russian President Vladimir Putin’s reckless gamble risks dragging the world into a wider conflict.

In light of Putin’s dangerous behavior, the West must rethink its stance toward him. Here is a leader who read a hidden, menacing agenda into a technical European Union document about export subsidies and anti-fraud provisions. More broadly, here is a paranoiac who sees an implausible coalition of liberal Russians, Ukrainian fascists, the CIA, and Islamist terrorists trying to thwart his preferences, if not topple him, at every turn.

Indeed, what we are seeing is not an unfortunate over-reaction to recent events, but a result of meticulous preparation. Armies do not mobilize 150,000 troops within days, or have vehicles and thousands of uniforms without insignias ready, or hold military exercises in peaceful regions of the world without warning.

It would be a mistake for NATO to respond to Russia’s provocations with similar saber rattling. After all, the United States and the EU still have a range of tools to modify Putin’s calculus, or that of those bankrolling his regime. Most important, the U.S. and Europe must cooperate much more closely than they have so far. The impression of disunity on sanctions plays into Putin’s hands.

Some EU members, like Germany, must live up to the expectations they have recently raised. If German leaders are serious about instituting a “culture of responsibility,” they are obliged to act accordingly, even if doing so entails economic costs. The West should also listen carefully to Ukraine’s neighbor, Poland, which probably has the deepest insight into the complexities of the crisis.

Most important, it is essential to adhere to certain key principles:

Use diplomacy. Europe, the U.S., and Japan have already suspended their cooperation with Russia in the G8. Similarly, the OECD should put Russia’s accession process on hold. Following punitive measures by the U.S., the EU has now decided on some “soft” sanctions. But modest steps like suspending talks on visa liberalization will not impress the Kremlin much. Stronger signals, such as cancellation or suspension of agreements concerning the South Stream gas pipeline and a trade embargo on arms and dual-use items, merit serious consideration.

Impose targeted sanctions against those responsible for Russia’s Crimean incursion. An obvious tool here is to broaden the U.S. Magnitsky Act, which prohibits the 18 people identified as being directly responsible for the detention, abuse, and death of the Russian lawyer Sergei Magnitsky from entering the U.S. or using its financial system.

The Magnitsky Act should be amended to include the names of political and military leaders responsible for the invasion of Ukraine. Moreover, the modified bill should be adopted by the U.S. and the EU simultaneously ― thus delivering a credible threat to freeze the foreign assets of Russia’s government, state-owned companies, individual officials, and relevant oligarchs.

Engage Russians. The West needs to communicate to ordinary Russians the spuriousness of Putin’s zero-sum, us-versus-them narrative. Closer relations between Ukraine and the EU pose no threat to Russia; on the contrary, a Ukraine closely integrated with its Western neighbors could boost Russia’s economy as well. That may be irrelevant to a leader who is guided by visions of restored imperial glory, but not to the people under his rule. Knocking holes in the Kremlin’s wall of propaganda will not be easy, but it should not be impossible in our hyper-connected world.

Support Ukraine with financial aid ― as the EU has now done ―and by securing its upcoming elections. Military assistance should include, at a minimum, Western intelligence sharing and cooperation through the NATO-Ukraine Commission. Should the situation deteriorate further, the West should also provide medical aid and surveillance assets. If the 2008 Russo-Georgian war is any guide, NATO’s Cyber Defense Center should help Ukraine prepare for a large-scale digital offensive.

Defend NATO allies. NATO should discuss concrete steps to protect its members. Ukraine borders four NATO members (Poland, Slovakia, Hungary, and Romania), while a fifth (Turkey), along with Romania, borders the Black Sea. Moreover, Estonia and Latvia are alarmed at Russia’s geopolitical ambitions, especially given the pretext of protecting ethnic kin. Both have populations that are about 25 percent Russian ― a legacy of their Soviet past. Finally, Poland and Lithuania border Kaliningrad, Russia’s exclave in the middle of Europe (and the scene of its most recent combat-readiness exercise).

This is a time for diplomacy, and NATO must try to avoid direct confrontation, but not at all costs. It must reckon that Russia’s actions might deliberately run counter to a peaceful settlement. The alliance cannot afford to launch a lengthy and heated debate about the deployment of its forces and capabilities only at the moment diplomatic efforts fail.

When Ukrainians stood up against their corrupt elite, they became the first people to put their lives on the line for the goal of EU membership. The result was unwarranted retaliation from Russia.

So this is not Ukraine’s war. Ukraine is the immediate victim, but it is by no means Putin’s ultimate target. This is a blatant attack on the principles of state sovereignty, inviolability of negotiated borders, and adherence to multilateral agreements that underpin today’s rule-based international system. Countering Russia’s aggression is thus the responsibility of all who would uphold that system.

Karl-Theodor zu Guttenberg is a former defense minister of Germany, chairman of Spitzberg Partners LLC, and a nonresident distinguished statesman at the Center for Strategic and International Studies. Bogdan Klich, a former defense minister of Poland, is a member of the Polish Senate and the founder of the Institute for Strategic Studies in Krakow. ― Ed.