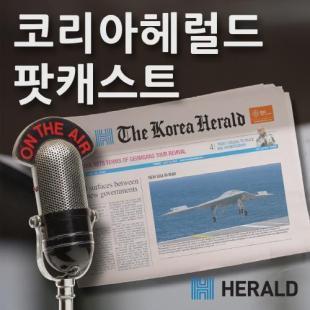 [1] Seoul Archbishop Yeom Soo-jung will be the third Korean to become a cardinal ― the second-most senior position in the Roman Catholic Church after the pope. Yet, he will be the only representative of Korea in the case of a conclave, a convention of cardinals younger than 80 for electing a new pope.

[3] “We believe that (Yeom’s appointment) is a blessing for not just Catholic believers, but for Koreans as a whole,” said Huh Young-yup, a spokesperson for the Seoul Archdiocese.

[4] Yeom, who became the Archbishop of Seoul in 2012, succeeding Cardinal Nicolas Cheong, is a man with a big heart, whose love and care for the poor and needy has been a source of inspiration for others, people around him said.

[5] Kim Young-jun, a 75-year-old Catholic living in Seoul, said, “I have long prayed for him to be recognized. With so much love in him, I believe that he will make a good role model for priests and believers.”

[6] On politically sensitive issues that usually divide people in Korea, including those in the religious community, into the progressive left and conservative right camps, Yeom looks a bit inclined toward the conservatives.

[7] During a Mass in November, the archbishop criticized some progressive priests who called on the resignation of President Park Geun-hye over what they called intelligence agencies’ intervention in presidential campaigns in cyberspace.

[8] “The Catholic doctrine prohibits priests from making direct political and social intervention,” Yeom said, two days after members of the Catholic Priests’ Association for Justice demanded President Park’s resignation. “It is not the role of priests to directly intervene in political or social organizations.”

[9] In line with his words, Yeom has rarely let himself be drawn into wrangling over political or social issues during his 40-plus-year career as a clergyman.

[10] Born in 1943 to a devout Catholic family in Anseong, Gyeonggi Province, he chose a life as a priest at age 15 and entered a seminary. He was ordained a priest in 1970, after graduating from the Catholic University of Korea. His two younger brothers have also followed him into priesthood, with each now leading a diocese in Seoul.

[11] He taught at a seminary and his alma mater for years before becoming an auxiliary bishop of Seoul in January 2002. He has also served as the chairman of Peace Broadcasting Corp., a Catholic television and radio network based in Seoul, since February 2002.