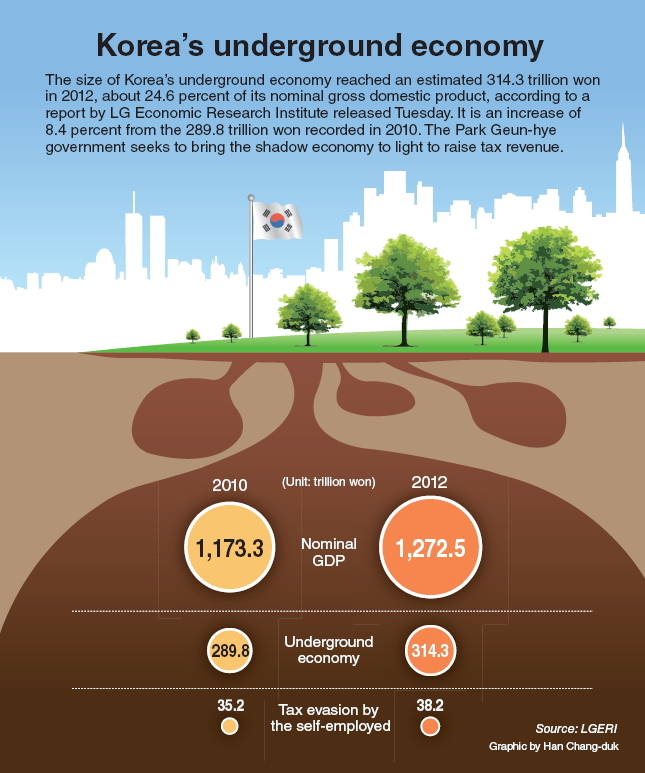 The size of Korea’s underground economy reached an estimated 314.3 trillion won in 2012, about 24.6 percent of its nominal gross domestic product, according to a report by LG Economic Research Institute released Tuesday.
It is an increase of 8.4 percent from the 289.8 trillion won recorded in 2010. The Park Geun-hye government seeks to bring the shadow economy to light to raise tax revenue.