A fan bursts into stage of Crayon Pop 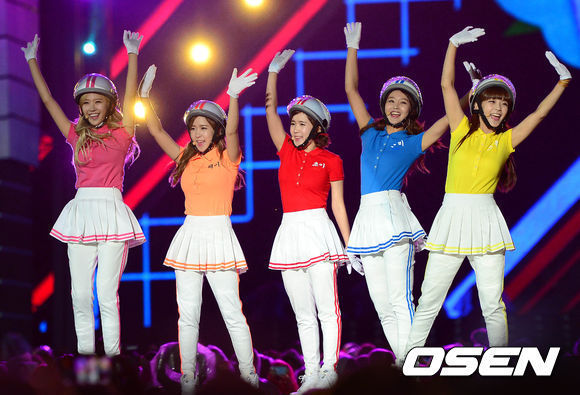 A male fan of K-pop group Crayon Pop jumped on to the stage and tried to hug a member at the end of a live performance last week, the group’s agency said on Monday.

The man turned up on stage in Cheonan, South Chungcheong Province, on Thursday, while the group members were staging their latest hit song “Bar Bar Bar,” Chrome Entertainment said.

He pretended to shake hands with Cho-a, who was walking down from the stage, but then dashed toward her for a surprise hug. She quickly moved to avoid the contact, and the girl group manager also intervened to block the man’s unexpected action.

The girl group made their debut in 2012 and gained nationwide popularity with their second single “Bar Bar Bar,” released on June 20.