By Korea Herald
Published : Sept 16, 2013 - 21:04       Updated : Sept 16, 2013 - 21:05
In a country that emphasizes strongly conservative sexual mores, births outside of marriage are both frowned upon and rare. Such is the mix of social conditions, culture and taboo that the nation has the lowest proportion of out-of-wedlock births in the Organization of Economic Cooperation and Development, at just over 2 percent. The average among the club of rich nations, in contrast, exceeds that figure more than 15-fold.

These births, in fact, represent only a tiny fraction of the number of unwed women who become pregnant, as more than 90 percent of whom have chosen abortion over giving birth in recent years, according to the Ministry of Health and Welfare. Most of those who do carry their pregnancy to full term ultimately give their baby up for adoption, according to data from the National Assembly Research Service.

Common or not, out-of-wedlock birth and single parenthood remain a reality for society and policymakers to grapple with. Currently, the government provides about 70,000 won ($64) to unwed mothers each month, financial support that dries up if the recipient starts earning about 1.2 million won a month, according to Choi Hyong-sook, an unwed mother and secretary-general of Dandelions, a group for Korea adoptees’ families of origin.

“The government’s financial support is too low and, even though it has many policies for unwed mothers, every policy has many difficult requirements for support,” the mother of a 9-year-old boy told The Korea Herald.
Choi said that it was easier for her to earn money and manage with an older child, but that mothers with infants should be able to rely on support regardless of their income.

“Up until 24 months of age, the government should provide support without consideration of income,” she said. “(Seeing) families who adopt receive 150,000 won without regard to their income, so many unwed mothers think adoption is better than raising your child.”

The official approach toward adoption goes to the heart of many activists’ criticisms of the government response to the issue. They argue that the government’s incentivizing of adoption has made it harder for unwed mothers already facing societal disapproval to raise their own children.

“How much of a problem is it? You can think of it like this: Unwed mothers are so discriminated against that the Korean government has allowed and is allowing their children to be systematically stripped of their Korean citizenship and sent en masse to foreign countries,” said Jane Jeong Trenka, the president of Truth and Reconciliation for the Adoption Community of Korea, by email. “We call it ‘adoption,’ but it is really a form of social cleansing, packaged in a way that Westerners can feel good about.”

Trenka said it was imperative that the government provide greater financial support to unwed mothers, prevent adoption agencies from providing the first counseling, and establish Single Mothers’ Day as a national holiday, among other measures.

“There is a feedback loop: When governments recognize and reward a population (such as retirees with Social Security), the population becomes politically active and their social construction (image) continues to improve as good and deserving,” she said. “When the image of a population is bad, the government can provide aid to that population, which would help to change that image, or it can reinforce the bad image to the public by continuing to punish or ignore that population, as we see with unwed mothers and birth parents.”

“So (that) unwed mothers don’t choose adoption and can choose to parent themselves, we need to make efforts to provide more specific support and change societal perceptions,” said Lee. “I think that in the future, policy for supporting unwed mothers should be devised with self-reliance in mind, and financial support, parenting support, expansion of housing and public rental facilities, easing rental requirements, and the establishment of a government department to efficiently enforce fathers’ parental responsibilities etc. should all be made in an integrated way.”

With existing and proposed supports ranging from housing to enforcement of child support, some policy researchers have emphasized the need for a more centralized approach to the issue. Kang Ji-won, a researcher at Korea Institute for Health and Social Affairs who has researched policy on the issue, said there was a need for greater integration between different government bodies.

“Since support policies for single-parent families are currently being offered by individual departments, there is a need to establish a control tower capable of effectively managing the financial expenditures of the government,” said Kang.

“Due to the limit on integrated benefits imposed in the case of the Basic Livelihood Security System, the content of support differs between designated recipients and non-recipients. The Single-Parent Family Support, which is designed to supplement the previous system by supporting those in the second-lowest income bracket, has significant discrepancies in content compared to the benefits of the Basic Livelihood Security System.”

The Ministry of Family and Gender Equality was contacted for comment on government policy for single parents but did not respond by press time.

Even as activists and policymakers look toward greater support and understanding for unwed mothers, however, parallel debate about inadvertently incentivizing single parenthood has raged in Western countries with much more generous welfare policies and higher rates of out-of-wedlock births. Conservatives and religious leaders in countries such as the U.S. and the U.K. have often raised concerns about the risk of undermining the nuclear family by encouraging other family forms.

Kang, however, dismissed the suggestion that the rise in single-parent families in Korea in recent years could be attributed to welfare policy.

“To be sure, there is a link between the recent surge in single-parent families and increases in government support for them. But this is not a causal link,” said Kang. “I wouldn’t say either of these is responsible for the creation of the creation of the other.

“It’s rather that single-parent families had been left outside the reach of policy attention; now they are rightly in the policy realm. Also, while single mothers in the past often sent their newborns overseas for adoption. Now, more single mothers choose to raise their children on their own.”

Whether or not the risk of incentivizing single parenthood is real, the question of whether it should even be a cause of concern is in itself a sensitive issue, with commentators in various countries arguing over the merits or otherwise of the “traditional family.”

Lee said that while Korea had traditionally seen single parenthood as problematic and unwed mothers as immoral, most single-parent families were in fact completely normal.

“You do not see many children of unwed mothers with problematic behavior, and the truth is even among (two-parent)nuclear families you see children with troublesome behavior arise.”

There are many homes where there are de facto single moms because the fathers spend little to no time with their families. Plus, what about teen mothers? Do they even acknowledge that the problem exists? That would be a start. Then they could be serious about helping them finish their education instead of standing by while they drop out of school.

To start off, so many articles in the Korean constitution are made in favor of people with power and money. The constitution is supposed to be formed based on values of liberal democracy, which are respect for basic rights of people and non-violence. However, the basic rights of people with less money and power are not being respected by the constitution. For example, a few years ago, several people who worked in the same work environment died of brain tumors, breast cancer and leukemia at a very early age. The bereaved of the workers figured out that the workers died because of the work environment. Therefore, they argued that the company should compensate them for the workers’ deaths since the workers died because of an industrial accident. However, the company declined to indemnify them for the workers’ death. Since the company neglected their request, the bereaved sued the company. Justice was not realized in the court. The bereaved lost the case and they had to suffer for a long period of time demanding the compensation. It was merely a long fight, only the bereaved were tortured. In this light, the Korean constitution has yet to be fair to everyone in society.

On top of that, the Korean constitution often fails to guarantee that equal opportunity of education is given to everyone. Although every single clause is designated to ensure that every student is given the equal chance of education. However, it is the opposite in reality. For instance, nowadays, the Korean government has been supporting independent private high schools. This idea was suggested to compensate for the defects of the policy on the equalization of high schools. It has a goal of satisfying diverse demands of education, promising the right of choice, and intensifying education competitiveness. However, the idea was criticized since it just deepened the inequality of opportunity of education and widened the social gap between the rich and the poor. Based on the result of carrying out the policy of sponsoring independent private high schools, it can be concluded that sequencing became more remarkable than in the past. In this regard, there are some provisions in the Korean Constitution that do not promise the equal chance at education for students. 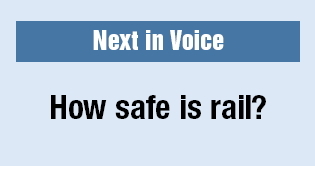