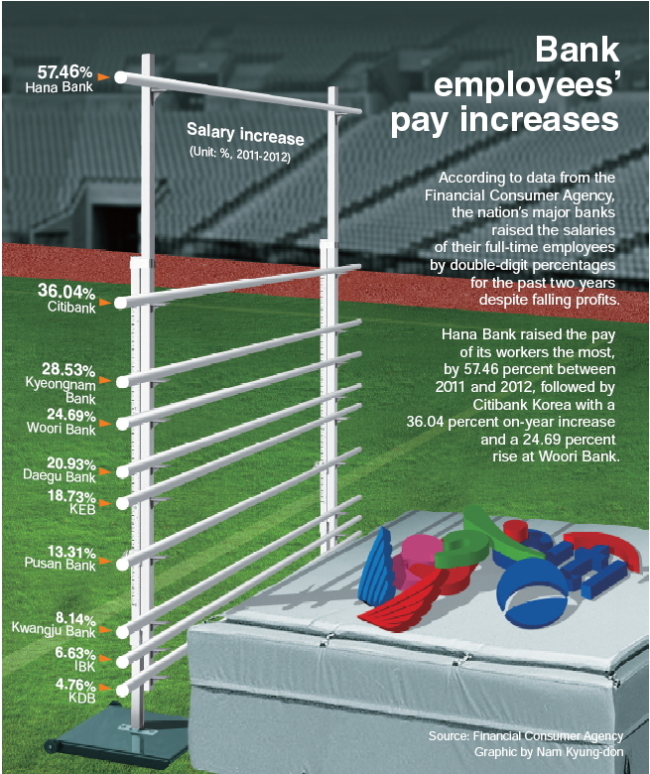 According to data from the Financial Consumer Agency, the nation’s major banks raised the salaries of their full-time employees by double-digit percentages for the past two years despite falling profits.
Hana Bank raised the pay of its workers by a whopping 57.46 percent between 2011 and 2012, followed by Citibank Korea with a 36.04 percent on-year increase and a 24.69 percent rise at Woori Bank.