[Graphic News] Migrant workers’ pay much higher than at home 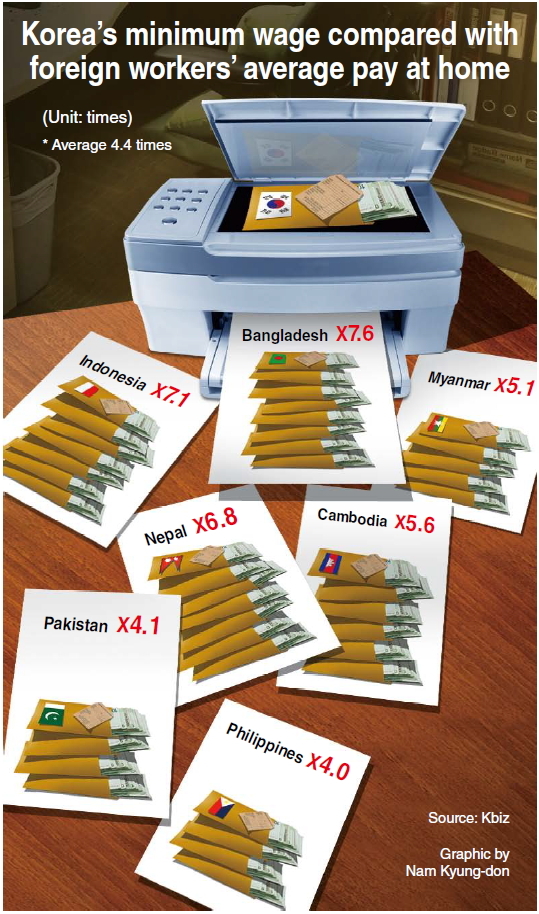 Asian migrant workers in Korea were found to receive much higher wages than they had been paid in their native countries, a poll showed this week.