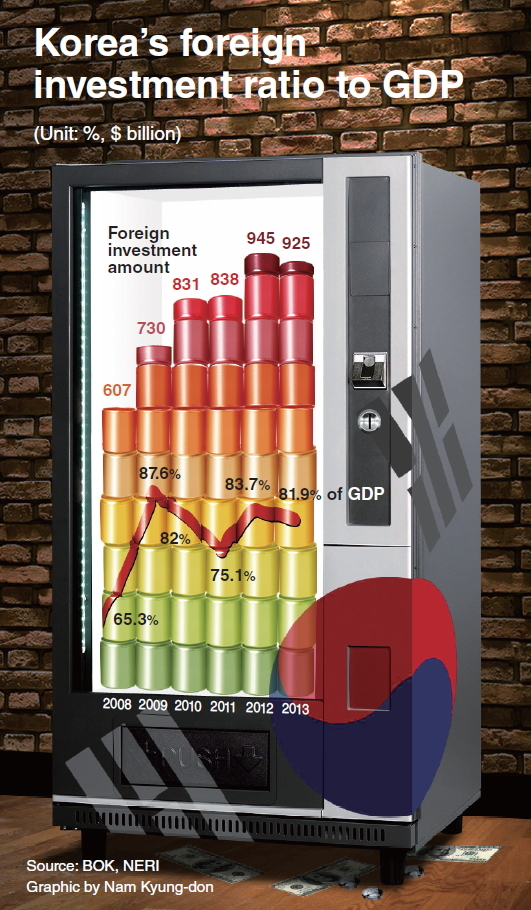 The nation’s reliance on foreign capital has been rapidly increasing, indicating that its economy could be greatly swayed by external shocks, data showed Wednesday.

According to a report from the private Nonghyup Economic Research Institute, the ratio of foreign investment to gross domestic product came to 81.9 percent in March. This was a 16.6 percentage points increase from December 2008.

The ratio soared dramatically during the global recession in 2008 and 2009. It gradually dropped to 75.1 percent in 2011, but has risen since then.

“The heavy dependency on foreign capital will make Korea more susceptible and vulnerable to swings on the foreign exchange and stock markets,” said Song Doo-han, a researcher at the institute.

The combined amount of foreign investment is estimated to reach $925.3 billion this year, down 2.1 percent from a year earlier, the report added.