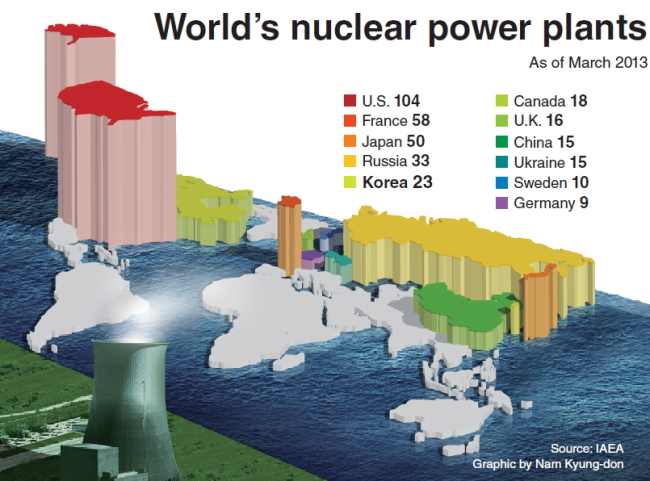 Global nuclear power capacity grew rapidly between the 1960s and 1980s. The number of global power plants has surged to around 440 today, according to a report released by International Atomic Energy Agency.

The United Sates has the most nuclear reactors with 104, followed by France and Japan. The U.S. generates more than 30 percent of the world’s nuclear energy, according to a report by World Nuclear Association. The U.S. is planning to build four to six more by 2020, it added.

European countries show a mixed picture in terms of the number of nuclear power plants. While France came in second with 58 reactors, Germany, with only nine, plans to gradually phase out nuclear energy.

Korea has 23 nuclear plants, the second-most number of generators among Asian countries and fifth most in the world.