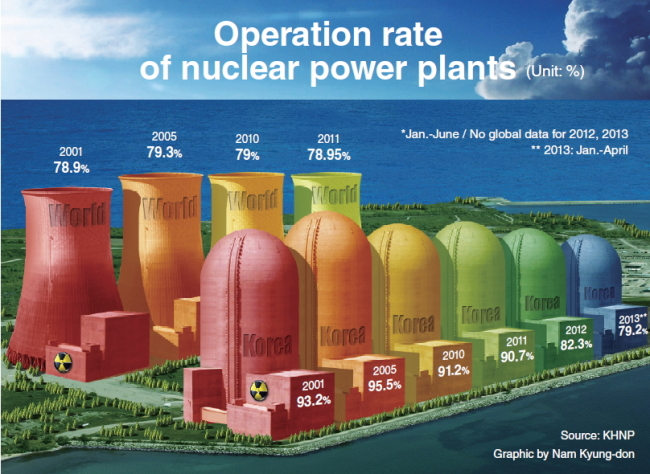 When it comes to nuclear power plants, Korea had maintained a higher operation rate than other countries.

But the recent suspension of four nuclear reactors over the use of faulty parts or maintenance tarnished the nation’s image as an atomic energy powerhouse.

According to the state-run Korea Hydro and Nuclear Power Co., Korea’s operation rate of nuclear power plants has sunk to below 80 percent for the first time in its history.

The company said from January to April this year, Korea’s nuclear reactors generated about 47.85 million kilowatts of electricity, or 79.16 percent of their total capacity. Currently, only 10 of the 23 nuclear reactors are in operation.

In 2005, the nation’s operation rate of nuclear power plants reached a record high of 95.5 percent. According to the company, the figure remained well above 90 percent until 2012.