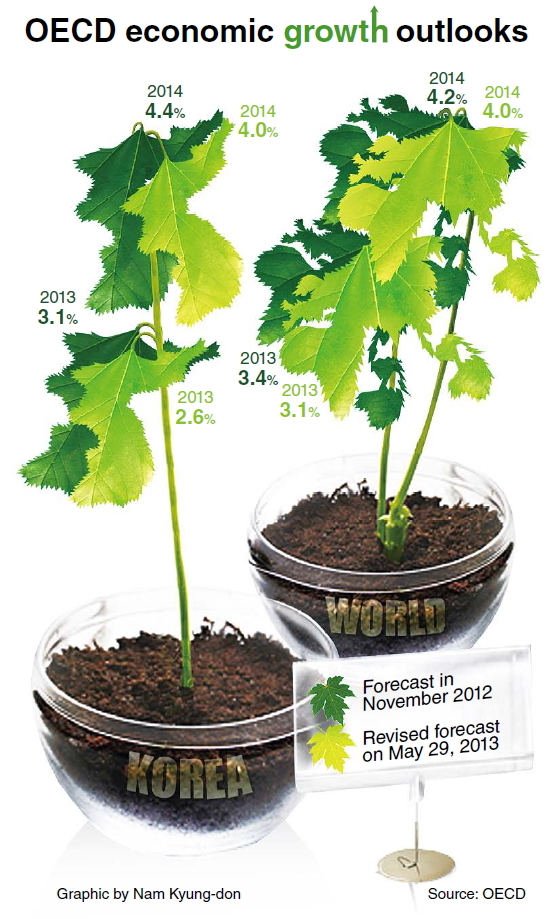 The Organization for Economic Cooperation and Development revised down its economic growth outlooks for Korea and the world for this and next year, citing lingering uncertainties over the global economy.

“The economy faces both external and domestic risks. With exports accounting for more than half of the GDP, Korea is particularly exposed to global economic conditions and exchange-rate shifts,” the OECD said in a report released Wednesday.

Experts said the OECD trimmed its estimate of Korea’s economic growth mainly due to uncertainties in global economy and rising household debts that could weigh on the country’s economy.