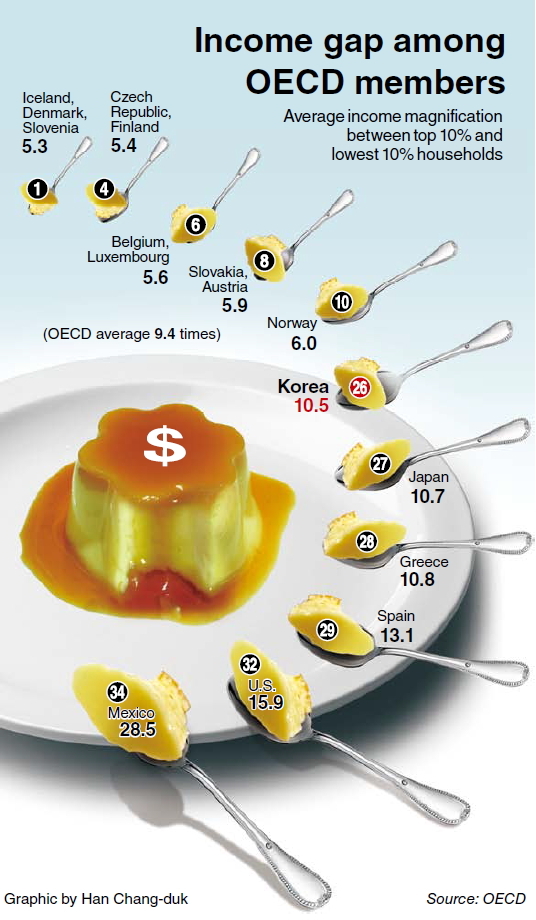 Korea saw its income inequality surpass the average of OECD members, raising concerns over the widening economic disparity between the rich and poor.

Korea’s top 10 percent group earned 10.5 times the income of the poorest 10 percent, over the OECD average of 9.5 times in 2010, the Paris-based international organization said.

Mexico showed the biggest gap with the richest 10 percent earning 28.5 times more than the bottom, followed by Chile and the U.S. posting 26.5 and 15.9 times, respectively.

This is mostly due to the global financial crisis that led to increased unemployment rates especially in advanced economies such as the U.S. and Europe, the OECD report explained.

The report also showed Korea’s income distribution measured by the so-called Gini coefficient stood at 0.31, indicating that its economic disparity is growing. A zero represents perfect equality while one is the opposite.