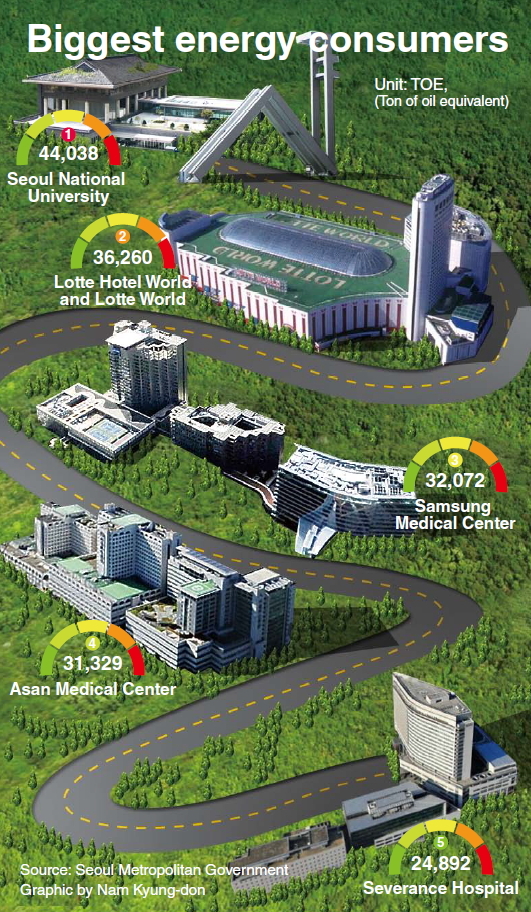 Seoul National University was the most energy-hungry building in Seoul, a report showed Sunday.

According to the officials, frequent use of experimental apparatus in laboratories and high energy loss typical of old buildings mainly contributed to the high energy use. The officials also assume the 22 percent electricity discount offered for universities in the capital has encouraged them to use more.

The city government has been stepping up efforts to lower electricity consumption, especially after experiencing an hours-long power outage that trapped hundreds of people in elevators and affected at least 820,000 households on Sept. 15, 2011.